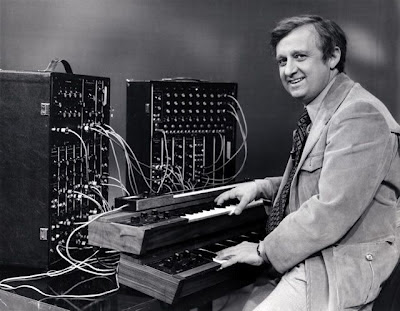 Gershon Kingsley (or Goetz Gustav Ksinski, his original name) was born on October 28th, 1922 in Bochum, Westfalia, Germany. He lived in Berlin during his childhood but in 1938, when he was only 15 years old, he moved to Palestine due to the rise of Nazism in Germany. Separated from his family, Gersh lived and worked in a kibbutz in the land that later became Israel. There he became self-taught pianist and performed with local jazz bands around Jerusalem and Tel Aviv. 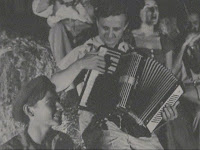 In 1946 Gersh decided to move to the USA. First he moved to Los Angeles and tried to attend the Julliard School of Music, but the Julliard didn't accept him because he had no high school degree, so he decided to finish high school at night while studied music at the LA Conservatory of Music (now known as Cal Arts). During this time he also worked as the organ player in several synagogues in the Los Angeles area. After graduating from the conservatory with a BA in Music, Gersh began to work as conductor at the "Music Circus" in Sacramento, California.

When he was 33 years old, in 1955, he moved to New York and after a season conducting for the "Melody Fair" musical theatre in Framingham (Massachusetts), he became the musical director of a Broadway production of "The Entertainer", starring Lawrence Oliver. He conducted and arranged several Broadway and Off-Broadway productions including "Porgy and Bess", "Jamaica", "Ernest in Love", "The Cradle will Rock you", "Fly Blackbird" and "La Plume de ma Tante" - he was nominated for a Tony Award for Best Musical Direction in 1958 for this play. He also won two "Obie" Awards for his Off-Broadway theatrical work.

During the early sixties, Gersh began to work as the Staff Arranger for Vanguard Records and it was during this time that he met the french composer Jean Jacques Perrey, in 1966. Perrey and Kingsley worked on two albums in the next two years, "The in sound from way out" (1966) and "Kaleidoscopic Variations" (1967). The first album is one of the first records in the world that mixed pop music structures with avant-garde music, musique concrète, tape loops and live musicians (it's still an amazing, modern and funny album, almost 46 years after its release) and the second album introduced the Moog Synthesizer to many people in this world (including me) since their tune "Baroque Hoedown" - included in this album - became very famous as the signature song of the Main Street Electrical Parade at Disney parks worldwide!

The duo Perrey and Kingsley never released another album together but both became the main artists to record Moog music in the world. In 1969, Gersh released his album "Music to Moog by", that received enthusiastic reviews and contained his most famous song, "Popcorn", maybe the first electro-pop tune ever written. Since its release, "Popcorn" was covered more than 100 times, by many artists from many different places in the world!

In 1970 Kingsley formed the "First Moog Quartet", an effort to bring electronic music into classical music venues. The group consisted in four musicians with Moog synthesizers, dancers, abstract film collages and performed the first live show of synthesized music ever in Carnegie Hall, in January 30th, 1970. Like almost everything new and fresh in the music business, mainly in these first steps in electronic music, the audience was kind of confused with the concert and it received very mixed reviews, but an "First Moog Quartet" album was released in the next year. Throughout the seventies, Gersh composed extensively for television and movies and also released great albums (some with pop music and some with Jewish music). He was also one of the pioneers in the use of digital synthesizers, recording the earliest albums with a Fairlight synthesizer and a Synclavier, proving once again that Gershon Kingsley was always ahead of his time!

I've heard Gershon Kingsley's music for the first time some years ago, listening to his famous album "Music to Moog by" (my great friend Jimi Joe gave me this LP) and my first contact with Gersh was via email, in November 2006. I wrote him just to tell how much his work is important in my life and he was very gentle and kind when he answered me (like every time I wrote him after that first contact!). When I was researching about him to make this interview I realized how nice it would be to post his interview in Bob Moog's birthday, on May 23rd and he promptly gave me this honor and opportunity. I'd like to thank him once again for his friendship and for this interview, so: "Gersh, thank you my friend"!!!


ASTRONAUTA - Today (May 23) is the day we celebrate the birthday of Robert Moog. You had contact with him in the beginnings of the invention of the Moog synthesizer and also in the last days of his life, when you were interviewed by Hans Fjellestad to the "Moog" documentary. How did you meet Robert Moog and, in your point of view, what is Bob's greatest legacy?

GERSHON - I met him in 1969 up at his place in Trumansburg and after considerable time of learning this specialty of frequency modulation, I bought with my last money the synthesizer.  Luckily, in a few weeks, I got my money back making a commercial for hair dryers.
Bob's greatest legacy is the probably the polyphonic synthesizer and further development of the Theremin.

ASTRONAUTA - Being one of the greatest electronic music pioneers you also met and worked with a huge team of music stars. How did you meet and worked with artists like David Merrick, Lawrence Olivier, John Cage and Jean Jacques Perrey? And how happened the invitation for you to work as Staff Arranger at Vanguard Records in the early '60s?


GERSHON - David Merrick was a producer of broadway shows and I conducted the Entertainer, La Plume de ma Tante, Take me Along, and Jamaica.

I met Lawrence Olivier when I conducted the Entertainer in which he starred on Broadway.

I did a program for him on the Moog improvising while he was giving a speech by Buckminster Fuller. I also saw him on a plane playing chess with Marcel DuChamp's widow. The plane was going through turbulance while they calmly played a chess game with pegs and holes to hold pieces.


Jean-Jaques brought me in to hear his tapeloops and became my partner with "In Sound from Way Out", where "Baroque Hoedown" became the signature tune at Disney.


I also worked for known singers like Jan Peerce and many artists who were under contract with Vanguard.

ASTRONAUTA - I read somewhere that your very well known composition "Pop Corn" was written in just a few minutes. Is this information correct? Can you tell us a little about this song? And what do you think about the many re-recordings of "Pop Corn"? Which version do you like the most, besides the original?

GERSHON - When it was first recorded and we didn't have a title,  one of the musicians suggested "Popcorn", but not because it sounded like popcorn, but "pop" for popular and "corn" for kitsch.  It came out like a Russian folk tune or a Bach invention originally.

To be honest, not much.  However, I do like the Popcorn International I oversaw that was done with the Cologne Radio Orchestra, Popcorn Fantasie arranged by Benny Gebauer, and the M & H Band '80s version, Goodiepal (with the extra beats), the Crazy Frog version and the Swedish Chef Muppet version.

As a side remark, when I conducted in Japan in the early 80's, Yamaha invited me to their factory where I heard for the first time Popcorn as a sample in one of the Yamaha synthesizers.

ASTRONAUTA - In the early years of your life you moved from country to country until settling in the U.S. in '40s. What were the main differences between countries you lived during your youth (Germany, Palestine and United States)? And your move to Los Angeles and after to New York, was that intentional?

GERSHON - The reason I moved from one country to another was because I was living during the Holocaust and had to leave Germany.  I worked on a Kibbutz in Israel (Palestine at the time) and then moved to the United States.

I didn't like New York so much and my brother wanted to move to LA. California was closer to the weather of Palestine.  I applied to the LA conservatory as well and decided to finish my degrees out there.  I returned to New York with a dancer who started her own company.

ASTRONAUTA - You have always been an artist linked to technological innovations and trends. You recorded several albums mixing rock with Jewish culture and music during your career (and was one of the first artists to do that). You also was one of the first to record with a Moog synthesizer in the '60s. In the '70s, you was one of the first  to use the digital technology, using a Synclavier and a Fairlight in your records. You're on twitter, facebook, you answer your emails quite frequently. What motivates you, Gershon Kingsley, to seek this modernity and this sense of innovation (and sometimes be ahead of your time)? Can we expect something new soon (a new record maybe)?

GERSHON - I have a logo -- When you're creative and curious, you never get old. 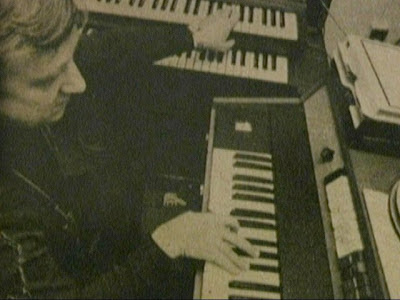