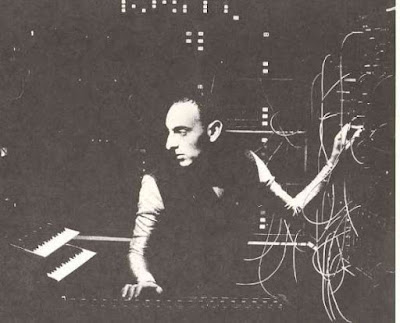 Bernard Szajner was born in Grenoble, a city located in the southeast of France, on June 27, 1944. A pioneer in the artistic use visual arts as well as lasers, Szajner worked as a light designer for rock bands such as Gong, Magma, and The Who during the seventies. Feeling the need of a more tied relationship between music and lights, and sensing that musicians didn't entirely share the same feelings, Szajner decided to compose his own music to fill (and complete) his visual arts performance, creating an entirely new Light and Sound spectacle. 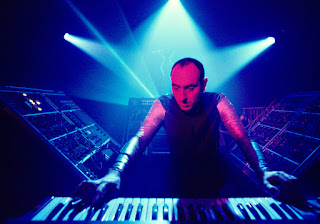 In 1979 Bernard Szajner released (as Zed) his first LP, "Visions Of Dune", an album based on characters and situations from Frank Herbert's sci-fi novel Dune. In "Visions Of Dune" Szajner used synthesizers, tape recording techniques and also invited some guest musicians - including Magma's singer Klaus Blasquiz - to achieve the sonic atmosphere that translated the book's atmosphere into sounds and music. In the following year, "Some Deaths Take Forever" was released, also using synthetic sounds, and having guests musicians in the line up. "Superficial Music" was released in December 1981, and in 1983 Szajner signed with Island Records and released "Brute Reason" (with ex-Buzzcocks and ex-Magazine member Howard Devoto as guest singer in three songs.) In the mid-eitghties, after releasing two 12-inch EPs more ("The Big Scare", 1984, and "Indécent Délit", 1986) Bernard Szajner decided to abandon music and dedicate himself to visual arts.

In the 2010s Bernard Szajner decided to come back to the music scene, after more than 20 years. French label InFiné re-released his "Visions Of Dune" in 2014, making it possible to a wider and newer audience to know and appreciate Bernard Szajner's music. 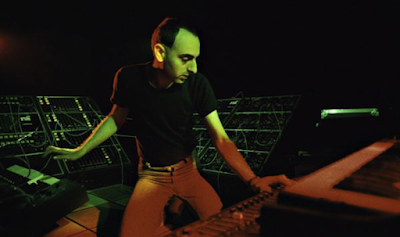 ASTRONAUTA - What are your earliest memories on music and arts in your childhood and teenage days?

BERNARD SZAJNER - My first perception of music was on a neighbour's "gramophone" where she made me listen to a series of "78 RPM" of which I remember one vaguely, it was a popular song of the '60s... the lyrics were something like... "quand allons nous nous marier, nous marier, mon cowboy adoré"... Then, later, I discovered some French singers like Juliette Greco, Edith Piaf, and of course Jacques Brel whom I discovered later was actually Belgian... It wasn't until the '70s that I discovered "modern" musicians... As for other arts, as a child, my Parents took me a few times to the Opéra where bewildered by the "magic" of the stage I saw my first ballet: "le dac des cygnes" and some Operas like the "Enchanted Flute" and "Obéron", etc...

ASTRONAUTA - What was your first contact with electronic and avant garde music and arts? And which composers and artists influenced you the most, in the early days?

BERNARD SZAJNER - Originally in the '70s, I listened to artists as: Frank Zappa, Terry Riley, King Crimson, Tangerine Dream, Kraftwerk... and I used to create "live" Light-Shows for Rock groups: Gong, Magma, The Who... However after a couple of years of experiencing the work with many groups I became thoroughly disappointed by their lack of interest in my desire to work together in order to establish a "close relationship" between the music and the images... So I thought "is they don't want to work together on this relationship... I will create the music myself"! Having worked also with contemporary music composers such as Pierre Henry and Olivier Messiaes, and having also discovered artists like John Cage, they influenced my later compositions as well as the more "Rock" musicians influenced me...

ASTRONAUTA - Before pursuing a career as an electronic music composer, you worked as the light designer for some artists and bands, including Gong and Magma. How it was to work with those bands, and how it was this transition to you, from working as a light designer for other artists to go on with your own career as a musician and light performer? 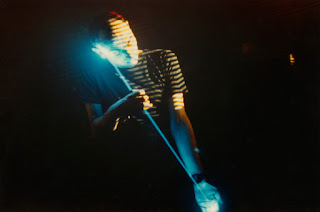 BERNARD SZAJNER - As hinted previously, working with these bands was wonderful but also frustrating! But when I decided to "compose" the music myself, new problems arose: how would I play when I couldn't even find a C on a keyboard? These difficulties became so obsessive that I entirely forgot to work on the images and light and was obliged to "put aside" the "close relationship" I had aimed for... I became quickly obsessed with the "composition" and with two borrowed Oberheim synthesizers and one sequencer, started generating hundreds of "loops" that I recorded on a 2-track tape recorder and later assembled by mixing... When these formed "tracks" I invited several "real" musicians to play additional melodic parts which I would "sing" to them and that they would then play... Actually before generating the loops, I began by generating the "sounds" which evoked for me characters or situations of the book "Dune" that I was reading at the time... And this process formed my first record: "Visions Of Dune" because when I "composed" the material, it was done with "images" of the book in my mind... I also entirely (progressively) stopped listening to other people's music because I was just to busy and obsessed with my own creation... Since the '70s I have never listened to any music except for rare occasions when a friend sends me a link or I pass in the street close to a radio... one last thing... I said before that I was "influenced" by some other composer, yes, I was, but in an abstract way, because, uncapable of "imitating", this influence stayed very "spiritual"...

ASTRONAUTA - You're a pioneer in the use of laser to control musical instruments, having designed the famous laser harp (the Syringe) in the late seventies, but you also have other light-sound inventions. Could you tell us a little bit about those inventions?

BERNARD SZAJNER - Ah, the inevitable laser harp! I had to imagine other ways to generate music that playing on a keyboard to be able to "play" on stage... Coming from the "Light-Show" environment, it was quite easy to reverse the process and "generate sounds from light"... I was just back from the German tour of The Who where I had used lasers to produce their first ever light show using lasers... so I imagined the instrument... a couple of years or so, dissatisfied by the "too dramatic and too spectacular" attractive POWER  of the instrument (people wouldn't even listen to the music)... I imagined other instruments and destroyed my laser harp... Nowadays, I am pleased to amuse myself by creating a new generation of instruments that oblige me to physically "fight" with them, they must have parts which should be pulled, twisted, hit, slap, caressed, seduced, etc, to respond and generate the music... This is completed by the fact that I created a random "mischievous defect" which obliges me to be constantly tense, constantly uneasy, expecting problems that sometimes appear and sometimes not... This obliges me to be "sharp" for each performance... and lastly, I have been able to "return" to my ambitious idea of establishing a "close relationship" between music and visuals... Contrary to many DJs approach to creation who are proud to combine music and lighting via "perfect" software, relying on our lazy part of the brain that is satisfied by a primitive relationship between "tempo" and "lighting" (an automatic flash on every beat), I aim for a much more subtle relationship which I name "synchronicity " instead of "synchronization"... much like in Indian music (and Magma's) where some musicians may seem to wander in separate rhythmic and musical directions but once in a while, for example every 37 beats, they will be "in sync"... This creates a form of "elation", of "uplifting"!... but this "spiritual" musical relationship took me about 40 years to imagine...

ASTRONAUTA - In the early days of your musical career, how it was to create avant garde music in France, the country that gave Pierre Schaeffer and the musique concrète to the world? Do you feel, or felt at some point of you career, the weight of being an avant garde/electronic artist in France?

BERNARD SZAJNER - No weight at all... I do take life very seriously to the point of trying to take it very lightly :)... And I consider, myself still as a "composer" of light, images, sounds, music, dance, movement, emotions... therefore a "jack of all trades" and, as we say in French: "un saltimbanque"... This does not prevent me from being faithful to the "avant garde" spirit as I stay in close relationship with the IRCAM, where I will create a conference about my unusual approach to music instruments for the end of the year, followed by two performances... one in solo and one with a "techno" composer...

ASTRONAUTA - What instruments and equipments did you use in your first recordings? Do you still have some of the equipment you used in the seventies and early eighties? 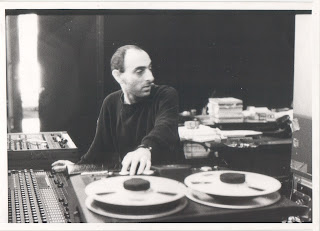 BERNARD SZAJNER - First record: a two-track tape machine and borrowed synths, long gone! Then I bought some synths and sequencers and a second two-track tape machine, plus a four-track to mix, long gone too... Later, I bought some massive modular synths (RSF) and a digital sequencer that would bug quite often, plus a 16-track Teac machine... Then I stopped music for twenty years and offered my synths (except for a PPG that I still have) to a school... When I started music again, I had almost nothing left... But MIDI had arrived in the meantime and computers too... So I re-adapted to this "new world" starting all over again with a small portable Mac and "Reason" software...

BERNARD SZAJNER - One day I found out that the music I was producing didn't "mean" anything anymore, it contained no spirit, it was "empty", it was just notes, one after the other, meaningless music (nice title for a record :)... I had to stop! Absolutely, with no regrets! Which I did and went into another form of creation: "visual arts", that I keep creating nowadays, showing my work in art galleries... Then one day, a young guy who was organizing a music festival near Paris said to me: "your music is the most frequent one on my turntable and I am about to produce my last festival and can't imagine that you wouldn't be in it"... So I decided to play in the "VISIONSONIC" festival, being very "rusty" had to reinvent everything... I played there and got bitten by the bug again and here I am...

ASTRONAUTA - What are your most recent works, and plans to the future?

BERNARD SZAJNER - When the French Label InFiné decided that I should be re-discovered by the "kids" and re-issued my first album "Visions Of Dune", I had already composed material for 4 albums... I will wait for InFiné to make this music available to the public as they seem fit... And meanwhile I play some of it already live on stage... I am not so young (except in my spirit :) so, for me, every opportunity to play is a small miracle and I love every one of these opportunities... really!... So my plans are to continue loving to play live, create more of my "demons" (my instruments), and composing music and images forever!

ASTRONAUTA - Thank you, Mr. Szajner. I hope to meet you someday here in Brazil!

BERNARD SZAJNER - Thank you Mister Fabricio Pinguim, I do hope that your wish may be fulfilled... I would love to meet you "live" and play (also maybe with you) in Brazil! 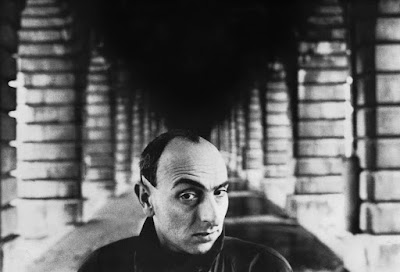 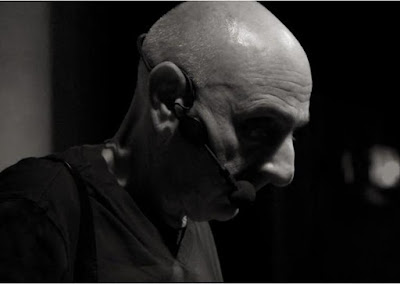 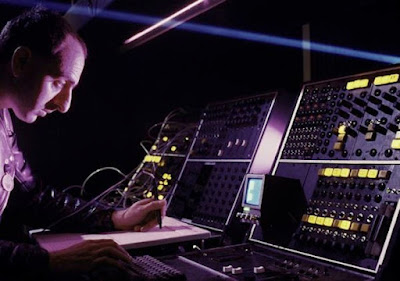