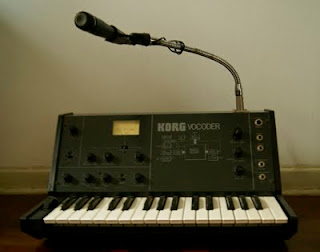 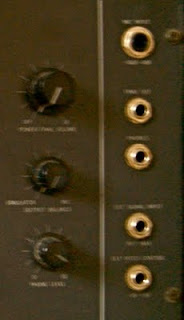 Produced between 1978 and 1982, the Korg VC-10 vocoder was the most popular among the many vocoder models made in the 70’s by several manufacturers. When the VC-10 came on the market, both the Korg - originally called Keio Electronic Laboratories - as the voice decoder (or vocoder) had some years of existence. What Korg did was attach a synthesizer to something that already existed and that was what made this instrument extremely popular: portability and the convenience of having a vocoder that didn't require external instrument to generate audio signal and modulate the pitch. They created a "self-sufficient” vocoder – you could only plug a microphone into it and was all ready to go! 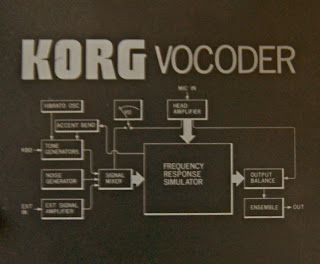 Simplifying the explanation for the operation of an analog vocoder, it picks up the signal from a microphone (or another musical instrument), continuously analyzes the frequency spectrum and combines it with the spectrum of another instrument. The tuning of the output is generated by the second instrument while the characteristics of sound and articulation comes from the first instrument or voice. Simplifying further, it transforms the human voice into a synthesized voice. 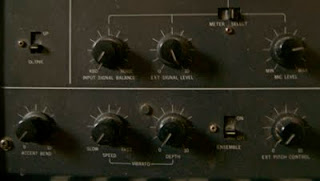 The Korg VC-10 is relatively simple to use. Its controls are few compared with other analog vocoders from the same period and the resulting sound that can be achieved with it is - also relatively - limited, although unique and brilliant! It comes with three built-in effects: an individual adjustment of vibrato's speed and depth, a control of an "Accent Bend" (whatever it might be) which is pretty cool in certain situations and an effect called "ensemble", which acts as a good old chorus, despite being fixed (it has no knob, just an on/off switcher). The user can pass the microphone or other instruments directly through the "ensemble", without going through the vocoder - I used this feature to record some guitars from my new album. The keyboard is fully polyphonic and it is two and a half octaves long (32 keys, from F to C) and can go up an octave through a selector switch. Input and output volume control knobs for the microphone and the external signal (if the option is to use another synth or instrument other than the one in the VC-10) and a needle VU, a very cool and aesthetically beautiful is also present on the front panel. There is no input or output jack on the rear of the instrument. A knob that allows to balance between the synthesizer and a noise generator completes the instrument. 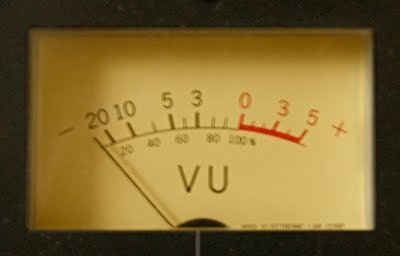 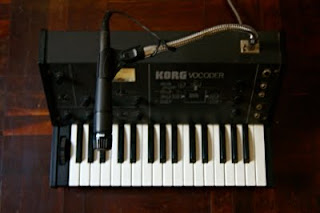 Many artists have used this particular model because, as I said here, the Korg VC-10 was one of the most popular vocoders ever produced. But to get the most well known names that played with this instruments I mention Rick Wakeman, Keith Emerson, Klaus Schulze (on solo albums and with "Tangerine Dream"), Isao Tomita (on the albums "The Bermuda Triangle" from 1979 and "Bolero" from 1980), Roger Waters, Joe Zawinul (with "Weather Report"), Air, Geoff Downes (with the Buggles on the classic "I love you miss robot" and with Yes on the album "Drama" - 1980 - and on several songs with Asia), Rudiger Lorenz , Apollo 440, Klaus Netzle (also known as Carlos Futura, Claude Larson and VC-people), Trans X, Steven Tyler (from Aerosmith, on the song "Prelude to Joanie" from the album "Rock in a Hard Place"), Tommy Mars (keyboard player from Frank Zappa's band), Goldfrapp, Dave Greenfield (of the British band "The Stranglers", on the albums "The Raven", 1979, "Gospel According to Meninblack", 1981, and "Aural Sculpture", 1983) and Daft Punk. Ahhhh, and me, of course! 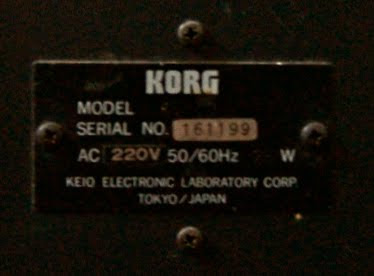 I have my Korg VC-10 since July 18, 2007. I remember very well the day because it was exactly one day after the crash of TAM Flight 3054, at Congonhas airport (São Paulo)! I bought it in Caxias do Sul (Rio Grande do Sul, south of Brazil) and remember that, as several passengers died on this flight de Caxias, this plane crash was the only subject of all the people that rainy morning. From Caxias I went straight to Cristiano Krause's studio, in São Leopoldo, because I was recording some tracks with "Animales" (Ramiro Pissetti and Rodrigo Pissetti's band). The vocoder itself doesn't weigh too much - about 7 lbs. - but only the case that came with it should weigh about 10, 15 lbs. It was difficult to carry it alone. Anyway, I bought it in very very good conditions and all original - as it must have left the factory in late 70's or beginning of the 80's - with the exception of an adjustment in the microphone stand (the original came with a optional microphone/stand). It took me a few days to learn how to use it in recordings and live performances, but that doesn't stop me from using it since the first moment I laid my hands on it. Today I know the entire process to the point of not only pass voice through but also several other instruments (in my new album I passed the signal of the electronic drums macines of three songs through it and the result is very good and, as far as I know or remember, unlike any music I've ever heard!). The serial number of my Korg VC-10 is 161.199. It is one of the most rare instruments that I have - probably THE most rare - and, along with my Minimoog, the one with the most beautiful design! 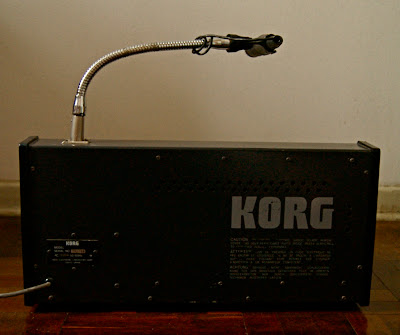 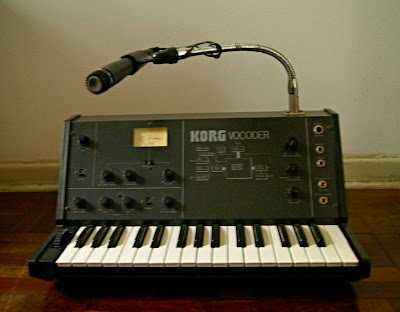 I found this bizarre and cool original advertisement on the internet: 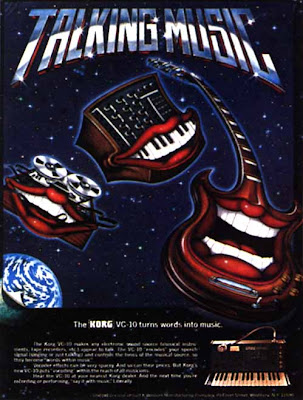 Here you can listen to the song "I love you miss robot" from The Buggles first LP, "The age of plastic", 1980. Geoff Downes is using a VC-10 on this track:

On the track "Fly-by-wire", from my third solo album, "Zeitgeist/propaganda", I used my Korg VC-10 both to record the voices and to pass the drum machine through the vocoder. Here you can check a cool version of this song, recorded by Naomi:

And here is a song recorded on december 11th, 2011. Here I'm playing the VC-10 vocoder, a Minimoog, a Moog Prodigy, a Crumar organ and an Electro-harmonix v256 vocoder:

And here is a photo of my friend from Lazkao (Spain) Israel Santos Borreguero's vocoder (he also has Korg MS-10, as you can see on this photo: 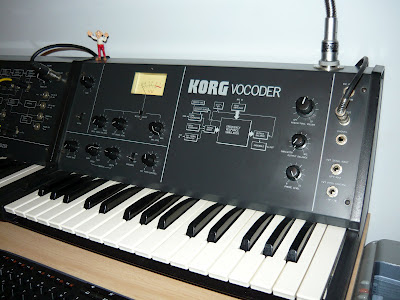 Ralf Hütter (with a Korg VC-10) and François Kevorkian: 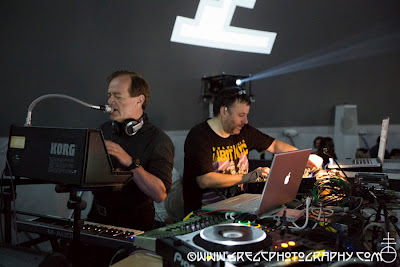 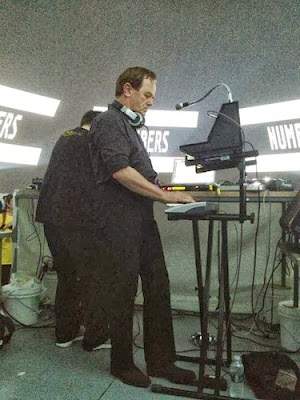