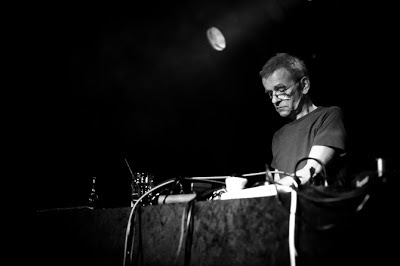 Dieter Moebius was born in St. Gallen (Switzerland) on January 16th, 1944. In his youth, Moebius studied art in Brussels and Berlin, and it was during the period he lived in Berlin that he met Hans-Joachim Roedelius and Conrad Schnitzler and joined them in Kluster, one of the most innovative and creative bands from Germany in the early seventies. The trio recorded three albums after Schnitzler left Roedelius and Moebius to take care of his solo career. Moebius and Roedelius changed the name to Cluster and started a career that is cited and an influence to artists such as David Bowie, Brian Eno and John Foxx. Myself included! In 1973, the duo moved to the rural village of Forst, where ex-Kraftwerk and ex-NEU! joined them to record an album (Zuckerzeit, 1974) and also to form a new band, called Harmonia. In 1976 Brian Eno also joined them to record an album with Harmonia (Tracks and Traces, released in 1997) and two albums with Cluster/Roedelius & Moebius (Cluster & Eno and After the Heat, both recorded in 1977 and produced by Conny Plank).

In 1980, Dieter Moebius started a duo with Conny Plank, the man behind some of the greatest albums recorded in this world ever! With Plank, Moebius recorded 4 albums, included some collaborations with Mani Neumeier (Guru Guru) and Mayo Thompson (Red Crayola). The duo also played in South America in the '80s, before Conny died from cancer, in 1987.

With more than 4 decades of a career that includes more than 40 albums, Moebius is one of the most genuine artists of his time. I had the opportunity to interview him via email, thanks to Sabine Penschow, who put me in contact with Dieter and with his wife Irene Moebius! And it's a pleasure and honor to interview the man who is responsible to create some of the music that changed my life! Here's the interview: 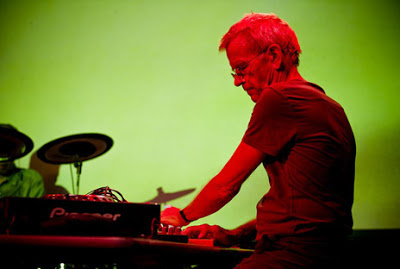 ASTRONAUTA - Dieter, about your first steps in music (both as a listener and as a musician), what motivated you in the early days? What bands and artists influenced you to become a musician and later on, during your career?

DIETER - Since my mother was a classical pianist, I grew up in a musician family. So, there was always music around. I was inspired by a lot of different musicians such as Coltrane, Lou Reed, Zappa, Beefheart, and also classical composers.

ASTRONAUTA - In the late '60s you formed Kluster with Hans-Joachim Roedelius and Conrad Schnitzler. Later, you and Roedelius formed the duo Cluster and the trio Harmonia (with Michael Rother). In the eighties and on, you recorded solo albums and also recorded with a lot of collaborators. Looking back, what changed for you as a composer and performer, from one project to another? Do you still record and/or perform with some of the equipment you used to record and play in those projects and bands?


DIETER - My music changed only very slowly, but of course the sound changed by using new gear. Nowadays I am using a lot of digital instruments but still, when I am working at home I use some of my old analog synths.
Since I am traveling a lot, it's so much easier to carry around modern digital gear. 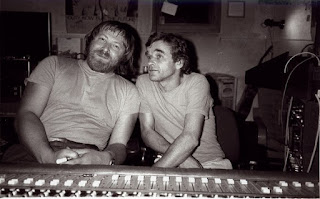 ASTRONAUTA - In 1968 you came to South America to play with Conny Plank (I think it was during the same time Conny began to feel that that he was ill...) What are your memories from this tour and how was to collaborate with Conny Plank inside his studio and also on the road?

DIETER - It was a very exciting tour working with Conny, was so interesting. I had the opportunity to experiment with all kind of fantastic gear, we were best friends.

ASTRONAUTA - As far as I know, you created almost all the covers from the albums you've recorded. What inspired you in arts and graphic design?

DIETER - In the sixties I studied art in Berlin, so it was quite normal that I take care of the sleeve design.

ASTRONAUTA - What are your plans for the near future, new records, next shows, next collaborations? Could you tell us what's next for Dieter Moebius?

DIETER - I just finished a collaboration with Tim Story and Jon Leydecker, Wobbly. My next solo shows will be in Düsseldorf, Manchester, Vancouver and Toronto.

ASTRONAUTA - Thank you so much, Dieter! Hope to meet you in person someday here in Brazil or there in Germany! 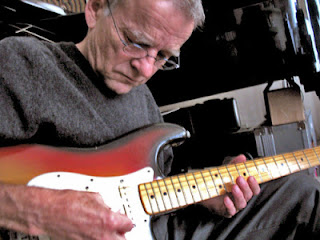 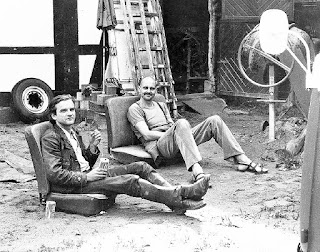 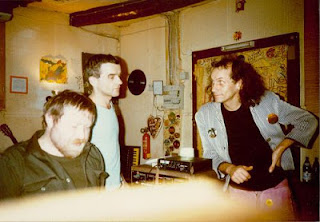 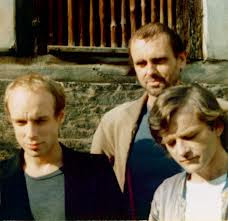 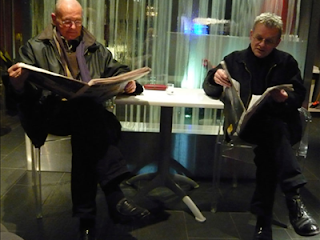