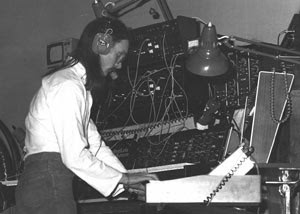 Udo Hanten was born in Krefeld (North Rhine Westfalia, Germany), in 1956. His first instrument was an acoustic guitar, but it was the electronic possibilities that Udo could achieve with that guitar plus a pickup, a tube radio, a spring reverb and a reel to reel recorder that led him choose his career as an electronic musician and producer later on. In the late '60s he started in music, in late '70s he started to work with audio performances and installations, in the early '80s he started to work with video and in the mid-'80s he started with Laserworks. Udo is in the business with all those art forms since then! 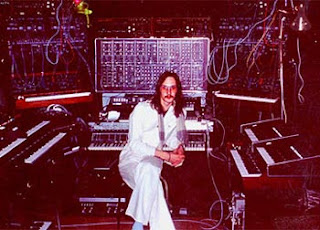 In the summer of 1978, Udo Hanten formed the electronic band YOU, with guitarist Ulrich Weber. Later that year, Udo worked with former Wallenstein drummer Harald Grosskopf in his first solo album, "Synthesist". Between May and August 1979, YOU recorded their debut album, "Electric Day", with Udo Hanten and Albin Meskes on synthesizers and sequencers, Ulrich Weber on electric guitar and Harald Grosskopf on drums and electronics. Since then, YOU changed the line-up some times, recorded 4 albums throughout the first half of the '80s. From 1983 to 1985, Udo lived in Berlin for the first time and worked/produced at the studio of Chris Franke (from German legendary band Tangerine Dream). At Franke's studio, Udo recorded some tracks for YOU's LP "Laserscape" (1984) and also recorded with Bolivian classical guitarist and composer Jaime Zenamon (Zenamon lives in Curitiba, Brazil nowadays). Udo Hanten continued to collaborate and record with bandmates (including a 1987 band project called Central Europe Performance with Hanten, Grosskopf and Meskes in the line up). In August 23rd 2013, YOU's fourth album "Laserscape" was re-released via Hamburg-based label Bureau B.

My first contact with Udo Hanten's music was when I listened to Harald Grosskopf's Synthesist album (released in 1980) and Harald himself mentioned Udo a lot in his interview to my blog, on February 2012. Since my main research is on analog synthesizers and electronic gear, of course I started to search for more albums recorded by Udo and I discovered YOU's music. What a great albums! After that, I found Udo contact on the internet and asked for this interview, which he kindly said yes and here it is, a nice interview with Udo Hanten! 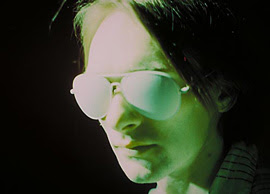 ASTRONAUTA - When and how did you start in music?

ASTRONAUTA - What were your first musical influences?

UDO - I think The Beatles, experimental tracks in the LP "Revolver" was a hint for me that the musical universe is endless...

ASTRONAUTA - So, when and how did you discover electronic music?

UDO - ... and I began experiments with my acoustic guitar (got a pickup, an old tube radio from a second hand store and a spring reverb) plugged this things together and got strange noises when I touched the guitar strings... Later I got a reel2reel recorder from a friend of my parents and did overdubbings.

ASTRONAUTA - Before YOU, you had a synth-duo with Helmut Brueker. Is there any material (recording tracks, filmed performances) by this duo somewhere?

UDO - Yes, I think I have a recording... (but not easy to find, my archive is during the last decades growing huge). Only pictures from a session at a professional photographer.

ASTRONAUTA - How was the recording process of YOU's first albums?

UDO - After finishing the collaboration with Klaus Schulze, (it was in the pre-time of his label IC... his idea was to bring Robert Schroeder and me as the first artist on IC). I wanted to create electronic rock music. So I was in search of a guitar player. I met Uli Weber, (he was a strict rock artist) and we did a lot of sessions. All music is done by session, we never composed a track. And so YOU was born... Later I met Albin Meskes, the second synthesist of YOU. 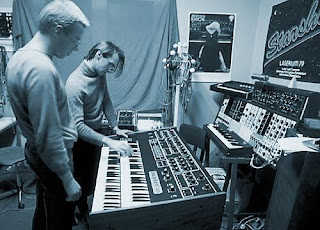 ASTRONAUTA - In 1979 you worked with Harald Grosskopf on his first solo album, "Synthesist". What are your memories from the recording process of that album?

UDO - I met Harald in December 79 in Berlin. I was on a trip with Uli Weber to the Paragon Studio of Peter Baumann, to present our demo track. In the evening I got the idea to meet Harald and ask for drumming on the YOU tracks. We met him and presented our demos in his car... Then Harald told me that KS has reported him his idea, to bring me on the IC label. And Harald asked to do his production with a little help from me... and few months later, we started with "Synthesist". It was a great experience for me, got stories from the scene of the cosmic heroes... It was my 1st appearance on vinyl :-) (The whole story can fill a book... ;-))

ASTRONAUTA - What's the main differences between YOU in the late '70s and nowadays?

UDO - It was a "free(k)-session" production. 2day is more constructed...

ASTRONAUTA - Do you still use some of the gear you used in those days?

UDO - YESSSSSS, we have the complet gear from the past and use it together with new possibilities...

ASTRONAUTA - Thank you, Udo Hanten. And I hope I can meet you someday! All the best from São Paulo!

UDO - I hope also, maybe faster than expected. I have a friend in Curitiba (Jaime Zenamon) and I will visit him in 2014... 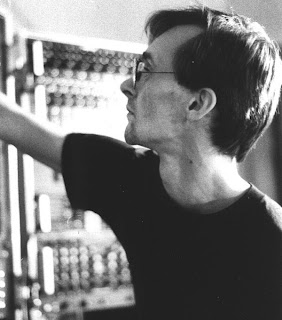 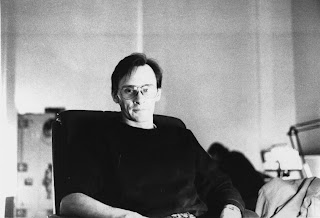 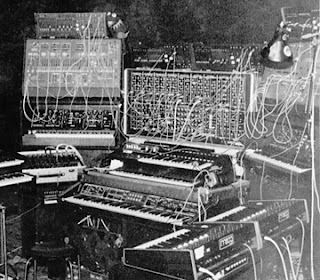 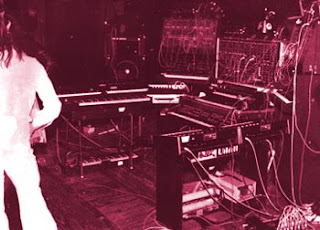 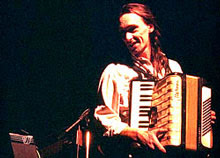 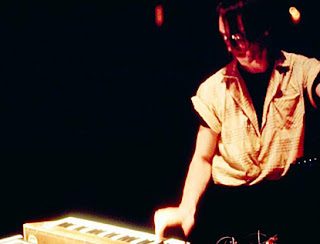 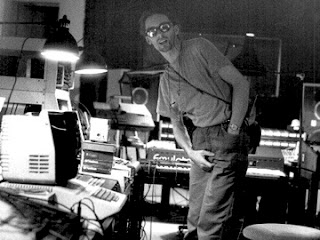 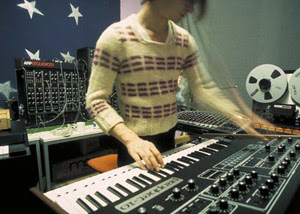 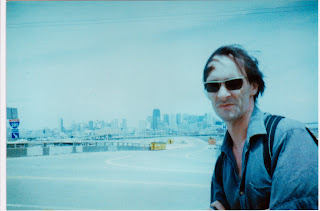 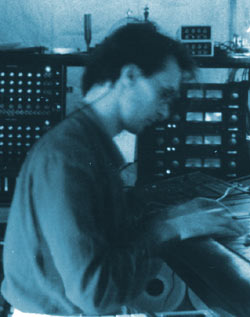 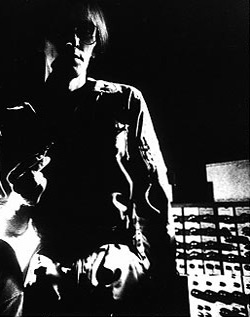 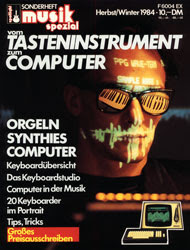