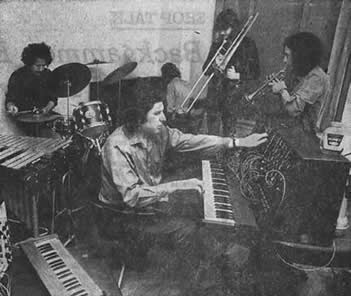 Richard Teitelbaum was born on May 19th, 1939 in New York, USA. His father, a lawyer and amateur pianist, gave him his first piano lessons, before Richard went to study with Mark Goldin, an European piano teacher living in NY. In the late '50s Richard Teitelbaum became interested in electronic music, after attending a lecture by German composer Karlheinz Stockhausen. Soon he also had access to the works of composer John Cage, who became another influential artist to Richard. 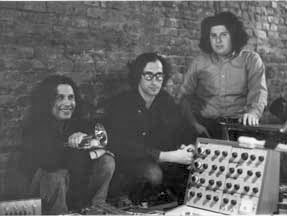 In 1964, Richard received his Master's Degree in music theory and composition at Yale University, and then he went to Italy on a Fulbright. There he met composers Goffredo Petrasi and Luigi Nono, with whom Richard has studied and worked for some time. Also in the mid-sixties, he co-founded the live electronic music group Musica Elettronica Viva, in Rome. In 1967, interested in using brainwaves in his music, he became aware that american engineer Robert Moog had recently developed the Moog synthesizer and was putting on market his new invention. Richard contacted him and soon became the first person to bring a Moog synthesizer to Europe, in 1967.

In 1970, he returned to the USA and kept on his experiments with live electronic music and acoustic instruments. A collaboration with jazz saxophonist Anthony Braxton began in 1976 and in the following year Richard Teitelbaum spent a year in Tokyo, where he studied the shakuhachi (a traditional japanese bamboo flute) with Katsuya Yokoyama whom recorded with Mr. Teitelbaum some years later. For more than 20 years, Richard Teitelbaum has taught in the undergraduate and graduate programs at Bard College, in New York.

I've contacted Richard Teitelbaum some months ago. A very nice and gentle person, Mr. Teitelbaum has found some time in his busy schedule and gave me the honor and pleasure to interview him to my blog. I'd like to thank him very much. So, here's the interview with Richard Teitelbaum, electronic music pioneer! 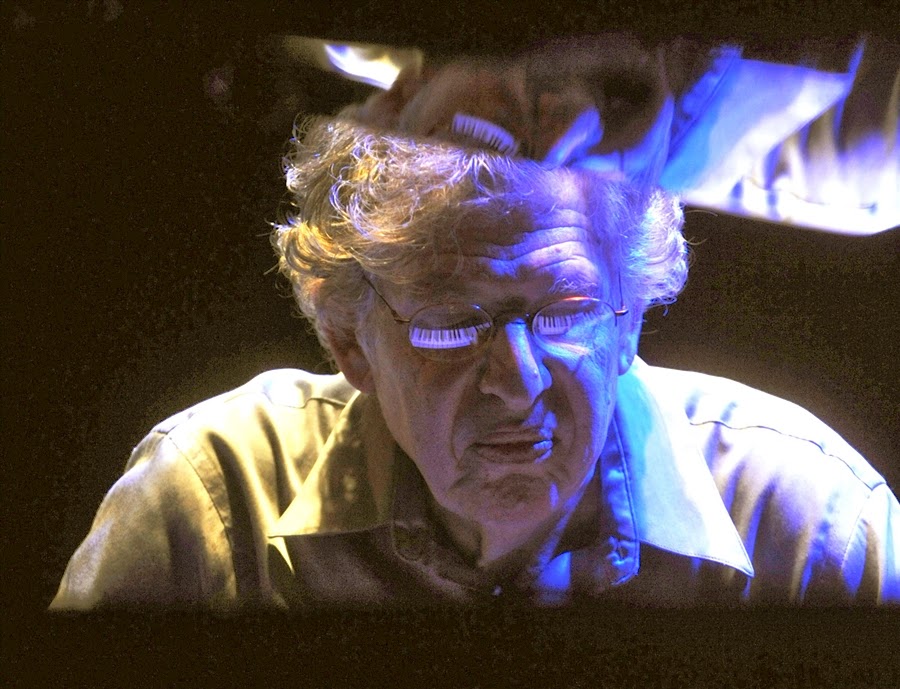 ASTRONAUTA - How did you discover music in your life and what were your first steps into the musical world?

RICHARD - My father, a lawyer by trade, was an excellent amateur classical pianist, so I heard him playing frequently from an very early age. I started studying with him when I was about six, and then went on to study with a fine European piano teacher living in New York named Mark Goldin. I also started going to concerts at Carnegie Hall and elsewhere when quite young, and played in recitals that Mark gave with his students each year - pieces by Mozart, Mendelsohn, Brahms, etc. that included the piano part of several piano concertos that I played with him on two pianos.

ASTRONAUTA - How and when did you become interested in electronic music and synthesizers?

RICHARD - I heard a lecture by Stockhausen while I was at college near Philadelphia around 1958. He played a number of his early electronic pieces from that period and I was fascinated by the music. In graduate school at Yale I invited him to lecture there as well. I also invited John Cage and Mauricio Kagel to lecture. Cage was particularly stimulating and controversial. He did his simultaneous lecture "Where are we going, What are we doing" that is published in 'Silence' with three tape recorders and his own amplified voice. I wasn't sure what to make of it, but I knew that something changed in my consciousness in a mysterious way.

ASTRONAUTA - In the sixties you studied and worked in Italy with Luigi Nono, and you're also responsible for bringing the first Moog synthesizer to Europe, when you co-founded the live electronic music group Musica Elettronica Viva. What are your memories about that time? 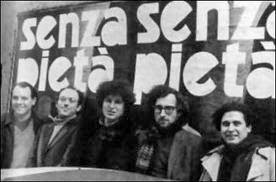 RICHARD - I went to Italy on a Fulbright in 1964 and studied for the first year in Rome with Goffreddo Petrasi. Then I got the Fulbright renewed and moved to Venice to work with Nono, whom I had met and liked very much, and whose music interested me much more. I wrote a post-serial piece for chamber orchestra piece which I have never had played (I still have it in pencil score) which reflected the changes my music was going through at the time. It starts out very strictly and gradually introduces freely improvised sections. I was reading Cage's recently published 'Silence' at the time, and hanging out with The Living Theater and jazz musicians like Steve Lacy and Ornette Coleman, and the beginnings of Musica Elettronica Viva. Finally Nono and I had a friendly argument about getting more of a immediate experience from my musical efforts, and I went back to Rome to join up with MEV as a composer-performer. We played several hundred concerts in the next few years.

ASTRONAUTA - How did you meet Robert Moog and what are your memories about him?

RICHARD - One night in Rome I had a kind of vision about making music using brainwaves in some way. Frederic Rzewski told me about a man named Robert Moog who had created a new synthesizer in upstate New York. I started researching about brainwaves and wrote to ask Moog if his synthesizer could be used to somehow turn brainwaves into sound, and he quickly responded that it could, by amplifying and using the brainwaves as control signals for the synthesizer. I went back to New York and found Lloyd Gilden, a psychologist at Queens College who was doing similar work with brainwaves and biofeedback. He hired me to work both as lab technician and subject for his experiments and I worked there for almost a year, making money to buy a used Moog synthesizer the following fall. With the help of my old friend composer David Behrman I also learned to construct simple voltage controlled circuits such as voltage controlled amplifiers, etc. Moog built me a high gain differential amplifier to raise the level of the brainwaves to those needed as control signals, and I returned with that and the Moog to re-join MEV in the fall of 1967.

My memories of Bob Moog are very positive. He was a very warm and friendly man - totally unpretentious and very helpful. It is a great loss that he is gone.

ASTRONAUTA - Some of your early works included biofeedback techniques, brainwaves, heartbeats and other signals from human body. What were those techniques and how was the process you used to create it? 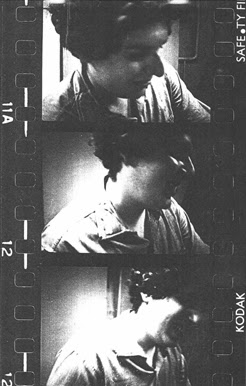 RICHARD - The first piece I did with those techniques was called 'In Tune' (1967). It was premiered at the American Academy in Rome and the American Church there as well. At the Church I had one "subject" performer whose heartbeats, breath and brainwaves were amplified. I controlled the levels and orchestrated the Moog sounds using the brainwaves as control signals. They supplied the rhythmic impulses giving intermittent beats around ten times per second which gradually increased in consistency and continuity as the positive feedback effected the subject, who also controlled them by opening and closing her eyes and changing her internal attention states. At the Academy I had two subjects who performed similar tasks. I also used these signals in the collective improvisations that MEV did together, and gradually added other pieces. In Toronto a few years later I added video synthesis controlled by brainwaves which modulated the image of a Tai Chi performer in real time, accompanied by South Indian Mridangam player Trichy Sankaran. For most of these pieces, Barbara Mayfield was the brainwave performer. Sometimes we also employed several members of the MEV group with different peoples heart, breath and brain signals, exploring non-verbal communication through these channels.

ASTRONAUTA - Do you still have some of the analog synthesizers you used in the sixties and seventies?

RICHARD - Yes, I still have my original Moog, as well as a number of additional Moog modules I added over the years, several Micro Moogs (at least one of them quite modified with an additional synth built in, etc.). I have sampled the big Moog and use those samples in Ableton Live, not being up to dragging the whole apparatus around these days. 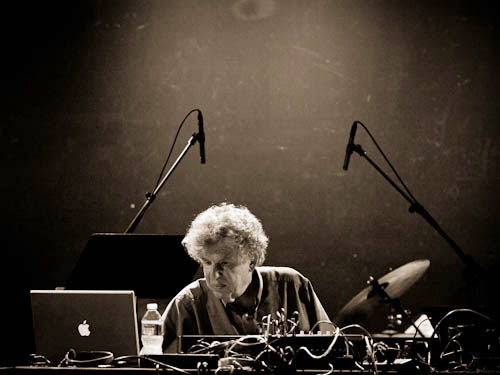 ASTRONAUTA - What are your plans to the future, new recordings, next concerts? Any plans to come to Brazil? (By the way, have you ever been in Brazil?)

RICHARD - In the last couple of years I have released a recording of a recent live solo concert at performance space An Die Musik in Baltimore on the Mutable label, available by download on the web, and also a CD called Piano Plus of music for piano solo played by Frederic Rzewski, piano, piano, computer and interactive Disklavier, played by Ursula Oppens, piano, computer and sampler/synthesizer played by Aki Takahashi and myself, and three pieces for three computer enhanced player pianos played by myself, released on the New World Records label. Some new CDs should be forthcoming as well.

Yes, I have been to Rio for a few days en route back from a concert with my friend Carlos Zingano in Buenos Aires some years ago, but have never played in Brazil. I had a great time going to a samba school and a Candomble ceremony and would be delighted to come back and do a concert or an opera there. 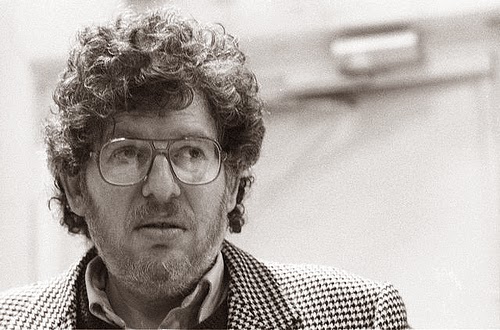 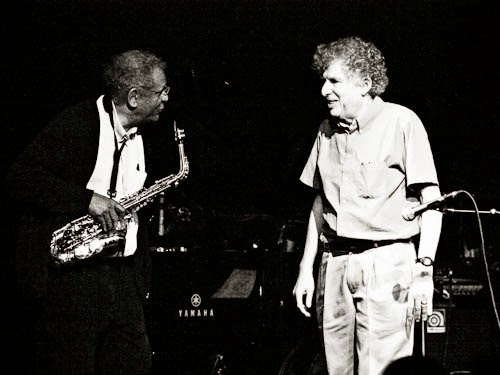 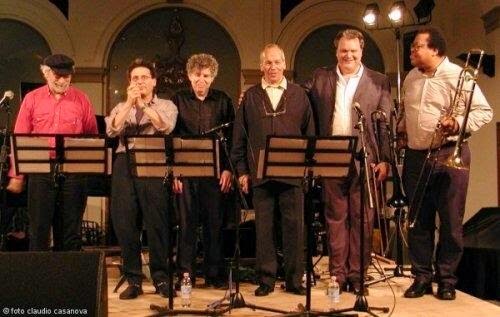 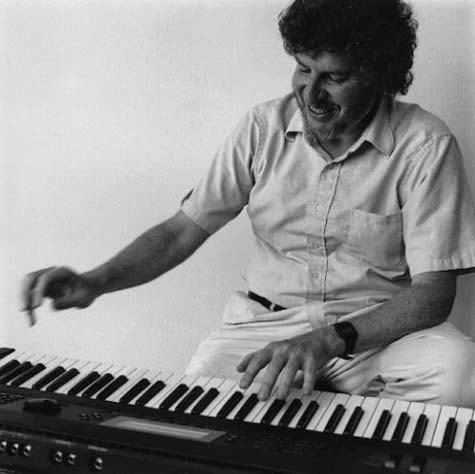