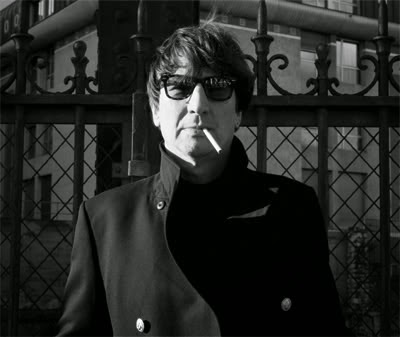 Bernard Fèvre was born in April 29th, 1946, and grew up in a working-class suburb five kilometres from Paris, France. In his childhood he used to listen to classic composers like Chopin, Debussy and Ravel, and also jazz, which he knew from radio shows. Bernard became interested and begun to play the piano when he was 4 years old. In the early sixties, he became interested in popular music, mainly from the USA (Ray Charles and others) and England (The Beatles and other). At age 14, Bernard left the school to work on a factory during the day and to join a band in a nightclub, at nights. The second job became his official one, and at 17 he was already earning his life playing music, professionally.

In mid-sixties, at age 18, Bernard Fèvre had to do his military service and went to Germany, staying for 16 months in that country. As soon as he was back to France, he met again some of his old band mates and re-joined them in another band, with whom he toured all over France. Bernard Fèvre played for almost 10 years with this band. "Suspense", Bernard Fèvre's first solo record, was released in 1975. Recorded in a small apartment in Paris and using only a Teac 4-track tape recorder, some synthesizers and effects, "Suspense" is a very nice early electronic album and a very good example of early "home recording", like Bernard's folowing albums, "The Strange World Of Bernard Fèvre" and "Cosmos 2043" (both released in 1977). The music in those 3 albums can easily fall on the "library music" label, but more than that, those albums shows a careful research on the electronic means to create very nice music, beside being the genesis of Bernard's next project (and the one which gave him international recognition): Black Devil Disco Club.

Recorded and released in 1978, Black Devil Disco Club's first album is one of the greatest "disco music" masterpieces. Credited to Junior Claristidge and Joachim Sherylee (in fact, those were the artistic names for Bernard Fèvre and Jacky Giordano to this project, the second being credited as a co-writer for the lyrics), Black Devil Disco Club was recorded in the suburbs of Paris, again using only synthesizers, tape loops and an occasional drummer. RCA was the original label for the release. In 2004 the original 1978 EP was reissued by Rephlex Records label, and in 2006 Black Devil Disco Club officially came back to life, and Bernard Fèvre released the project's second album, "28 After" (as the title make clear, after 28 years from the project's first album), via UK label Lo Recordings. The same record company is responsible for a re-worked version of the original 1975 album "The Strange World of Bernard Fèvre" (released in 2009), and also for other albums by Black Devil Disco Club - "Black Devil In Dub", 2007, "Eight Oh Eight", 2008, "Circus", 2011 (with guest artists Nancy Sinatra, Jon Spencer and Afrika Bambaataa), and the recent "Black Moon White Sun", released in October 2013. A documentary called "Time Traveler: The Strange World Of Bernard Fèvre" is on production by UK company Multiny Media.

My first contact with Bernard Fèvre was via his Facebook page, and then via Olivier Rigout, who kindly forwarded my emails to Bernard, with this interview (the text was originally sent in French by Mr. Fèvre. Your can check it below the English translation). I'd like to thank so much Bernard Fèvre and Olivier for this opportunity, to interview one of the great names of French electronic music! And here's the interview: 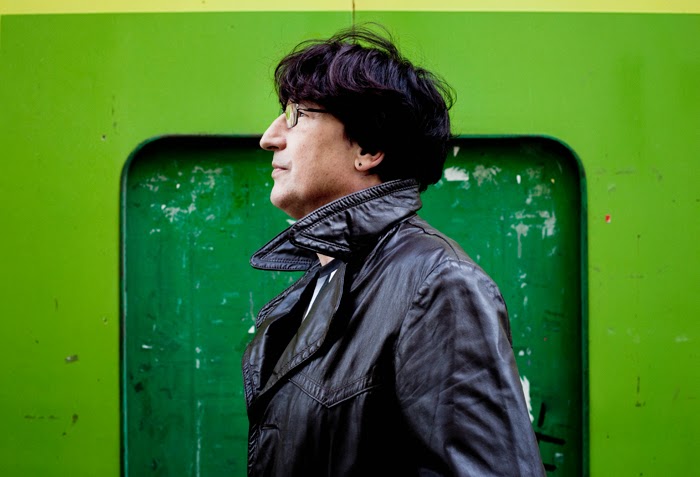 ASTRONAUTA - Which musicians or bands do you remember as your primary influences? And how did you decide to become a musician?

BERNARD FÈVRE - Many musicians attracted me to music and my choice has always been varied. In the '50s I loved Chopin, Debussy, Ravel, and also composers like Edith Piaf, that I did not know by name, I've always loved to listen to the radio because I loved all the genres of music of my time. My first favorite radio show was called "For Those Who Love Jazz".

In the '60s the music that had magnetized me came mostly from America, England and Brazil. I think that, at that time, those 3 countries produced things that had a lot of soul. I loved Ray Charles, Stevie Wonder, Quincy Jones, Diana Ross & The Supremes, The Rolling Stones, The Animals, The Beatles, The Yardbirds, Sergio Mendes, Stan Getz, Vinicius de Moraes, and other creators of Bossa Nova tunes, which I know but not by name.

Two things made me decide to take the path of music: 1) irreparable instinct that drove me to play the piano without learning and 2) at 18 years old, a deep desire to not work ina a factory like my father, that I rarely saw because of those insane working schedules.

BERNARD FÈVRE - After playing acoustic and electric keyboards in bands, it was logical that I'd come into the "electronics and synthesis", so I bought my first Korg synth in 1973, that I always had as a key element of the environment of the BDDC and Bernard Fèvre. 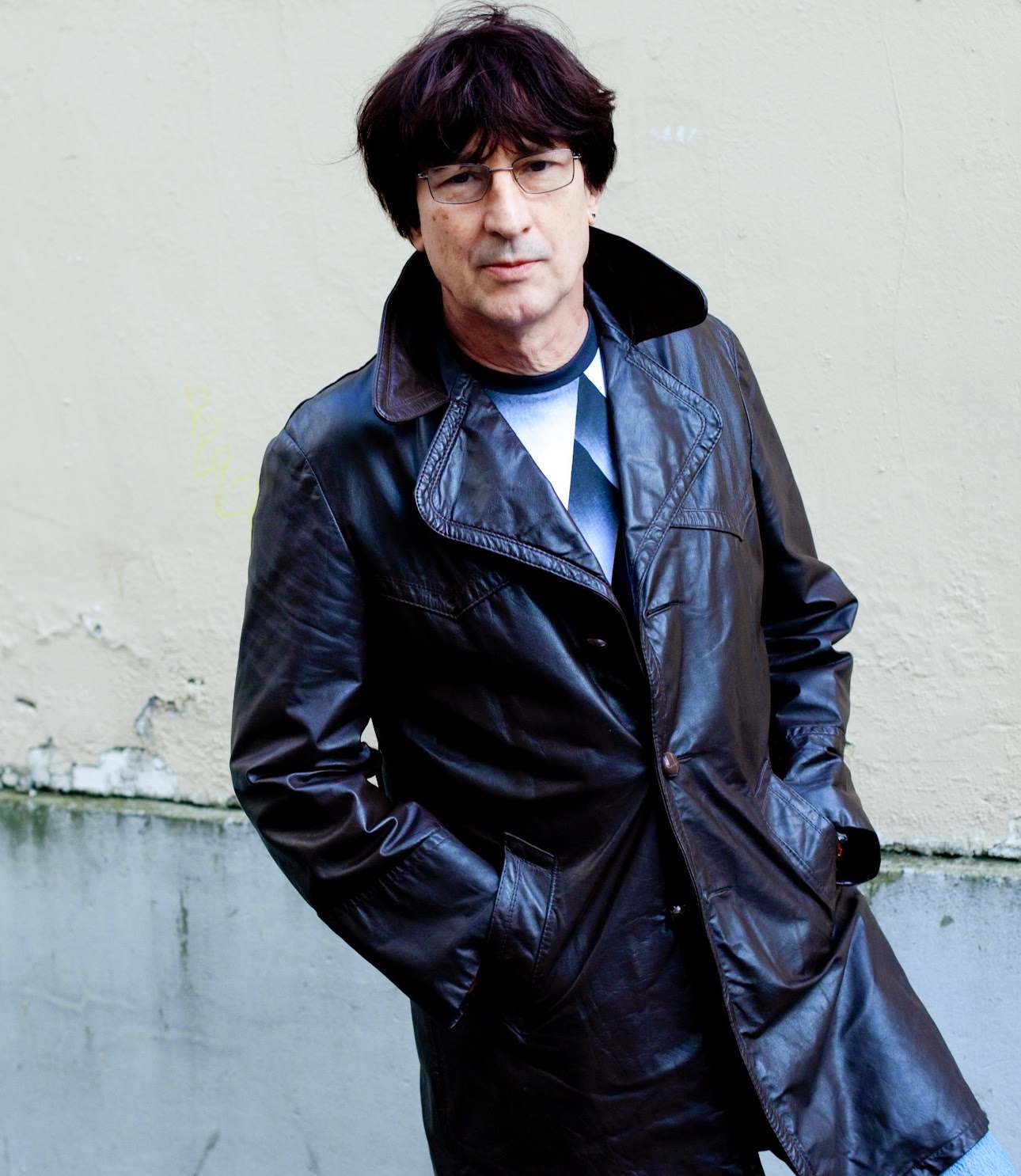 ASTRONAUTA - You lived in Germany for some time in the sixties, right? How did German music and arts influenced your musical career? Which bands did you hear at that time?

BERNARD FÈVRE - I just lived in Berlin for 16 months, in a French army barracks where there was no German, unfortunately, and I did not often go out because I was out of money. I still saw a few concerts in town, that were rather decadent Krautrock precursors, and surprised me by the look :) I only knew Kraftwerk much later, in France. I was influenced by Vangelis Papatanasious, so rather Greek! If you listen to my drums (on BDDC), you will hear more South American than German music :) In general, I avoided influences because I am very impressionable. Ennio Morricone and François de Roubaix were, in Europe, the musicians whose film music I loved the most.

BERNARD FÈVRE - I recorded that all in an "apartment" of about 9 square meters, in Paris 75010, alone on a TEAC 4 tracks tape recorder, with French FX that have all gone...

ASTRONAUTA - Your musical style changed from the first albums to your next project, Black Devil Disco Club. How it was that transition for you?

BERNARD FÈVRE - Sometimes I sit down and sometimes I stand up, with the urge to move my legs and "Elvis" pelvis... So I asked the spirit of Bernard Fèvre for a disco kick, and I became a litte bit evil like that, hehe!

ASTRONAUTA - What are your recent projects and plans to the future (albums, concerts, etc.)?

BERNARD FÈVRE - Here I am with an Library Music album (coming back home), that will be a mix of acoustic and synthesized sounds. I've been preparing for one year the next BDDC, with more pronounced influences from Brazil. I hope to succeed. In the spring of 2015 all of my work from the '70s will be republished, thanks to friendly labels around the world, and after 4 years of hard working from Alter K (my current editor), to get back my publishing rights, unused for 30 years.

ASTRONAUTA - There's a documentary going on, about your life and music - "Time Travel: The Strange World Of Bernard Fevre". Are there any news about when it will be available, when it will be released? Are you active on the production of this documentary?

BERNARD FÈVRE - Yes, the British are still among my biggest suporters! So, "Mutiny Media" productions have already turned the first images of a documentary, which will be dedicated to my forgetfulness and my rediscovery in the world of international music. I am very proud of that.

BERNARD FÈVRE - I loved the Moog and the Korg. My favorite is a Korg 700, always willing to help me! I'm working on an old Mac, with plugins from early 21st century. They are already vintage, but I don't want to be apart from them. 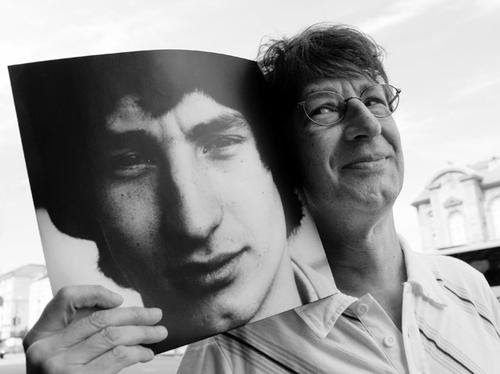 Original text for the interview, in French: 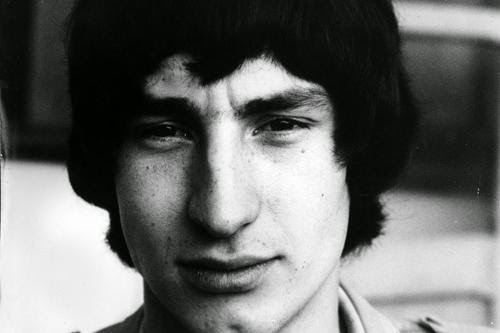 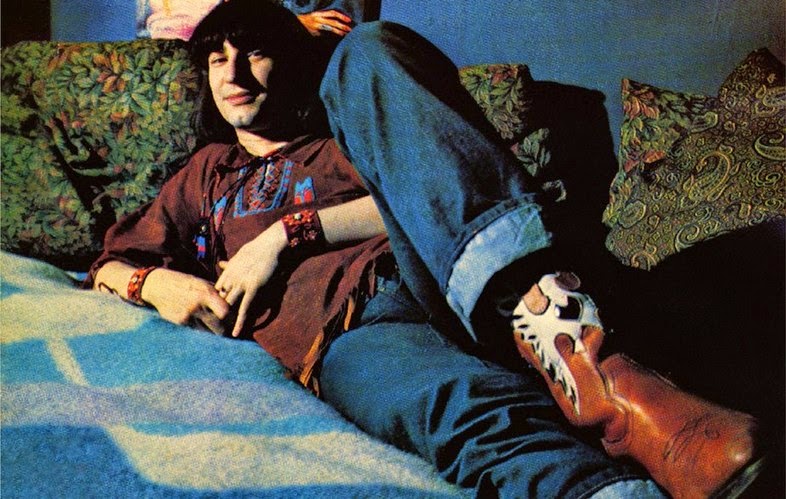