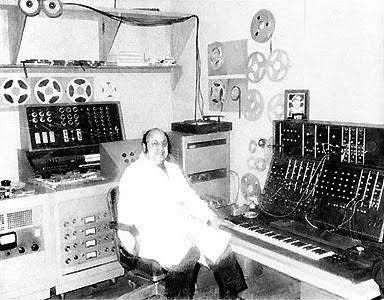 Jean Jacques Perrey was born on January 20, 1929 in a small village in the north of France. When he was 4 years old, Santa Claus brought him his first accordion (on Christmas Eve, 1933) and, after that, he was possessed by a "little demon of music", as he says. In 1952 while attending medical school in Paris he met George Jenny, inventor of an innovative musical instrument called Ondioline. This contact with Georges Jenny was only the first of a series of meetings with personalities who passed through the life of Jean Jacques Perrey and that somehow have marked his whole career. Because of his enormous talent to play the "ondioline", he was invited by the famous singer Edith Piaf to take part in her shows - as a musician, playing the Ondioline - for about a year. Edith Piaf not only financed some of the earliest recordings of Jean Jacques Perrey but also she had put him in contact with the american music businessman Carroll Bratman, who led Perrrey to go to New York City in March 1960, carrying only a small suitcase of clothes and his inseparable Ondioline. 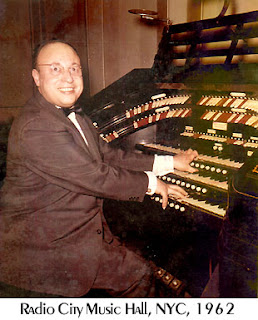 Carroll Bratman was the person who helped Jean Jacques Perrey with all the necessary documentation to work in the United States and he also set up what would be Perrey's first laboratory and recording studio, with several tape recorders and all electronic keyboards available at that time. It was in this studio that, in 1961, Perrey had the brilliant idea of using elements of "musique concrète" (whose theories were developed by Pierre Schaeffer in the early 40's), but incorporating an element hitherto non-existent and even inconceivable within the vision Shaeffer had about music: humor. Perrey not only gave new life to "musique concrète" but also introduced it in the world of pop music! 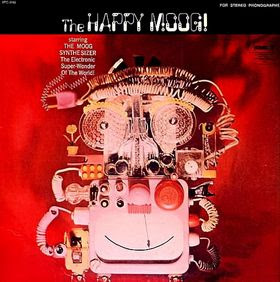 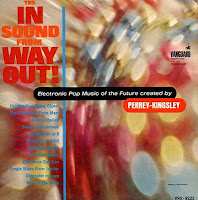 In the following years Jean Jacques Perrey recorded albums and jingles for radio and TV shows with several partners, such as Harry Breuer (with whom he released the album "The Happy Moog" in 1969), Angelo Badale (now known as Angelo Badalamenti, composer of soundtracks. Perrey wrote the classic instrumental track "Visa to the Stars" with him) and, of course, Gershon Kingsley. The duo Perrey-Kingsley recorded two albums on the NY label Vanguart Record Company, "The in sound from way out" (1966, in which Perrey and Kingsley used the techniques of cutting and pasting tapes - developed by Perrey - and the Ondioline to create their space sound) and "Kaleidoscope Vibrations: spotlight on the Moog" (1967, where they added the Moog synthesizer as well as the Ondioline to create their music). After the dissolution of the duo, Perrey recorded another two albums of equal or greater impact on Vanguard, "The amazing new electronic pop sound of Jean Jacques Perrey" (1969) and "Moog Indigo" (1970) - this one contains the track "E.V.A.", one of the most sampled songs, by artists of many different musical styles. 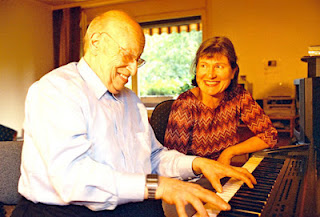 In 1970, for family reasons, Jean Jacques Perrey returned to live in Paris, where he continued to record his albums - always with the innovative spirit and good humor of the previous works - and also movie soundtracks and music for radio and TV shows. Today, Jean Jacques Perrey lives in Switzerland with his daughter and it was in his new home that he promptly answered - via email - my request for this interview (what makes me very happy and very grateful to him). My thanks are also to another two people in particular, who made my contact with the great Jean Jacques Perrey possible: his lovely daughter and manager Patricia Leroy and Dana Countryman (author of his biography "Passport to the Future: the amazing life of electronic music and pop music pioneer Jean Jacques Perrey". Dana is also his long time partner in several records and shows). As I always say, it's very good when our idols, genius and superheroes show that they are also great and lovely human beings and are willing to share a little of their knowledge and career. So, spotlight on Jean Jacques Perrey, citizen of the world (French by birth, New Yorker by "magnetic attraction" and, more recently, a Swiss resident)! 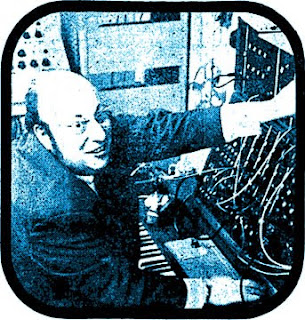 ASTRONAUTA - Before you decided to follow your musical career you studied medicine, that's right? At that time, did you come to practice medicine? How these studies influenced your music?

JEAN JACQUES PERREY - Yes, that's right. I started to study medicine (from 1947 to 1951) in Paris because I wanted to help people and also because my parents wanted me to have "a good profession" (they were really surprised when I told them I was quitting medicine for music!).
At first, these medical studies did not influence my music. It was only in the late fifties, when I got interested in the functioning of sleep and composed a record to help people fall asleep that medicine and music were linked.

ASTRONAUTA - You're credited as the musician responsible for recording the first Ondioline on a song (in 1951, on "L'âme des poètes" by Charles Trenet). How was this recording? And how was your contact with Georges Jenny - inventor of the "ondioline" - and your participation in the invention and development of this instrument? 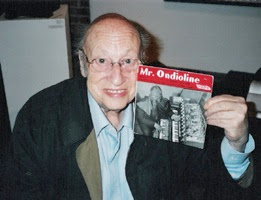 JEAN JACQUES PERREY - I quit medicine when I heard in 1951 Georges Jenny speak about the instrument he had just invented: the Ondioline. I immediately felt I wanted to play this instrument. I contacted him and asked him to show me the basics of the use of the Ondioline. He then agreed to lend me one of his instruments. When I went back to return it to him after a few weeks, he was very surprised to see that I was able to play it fluently. He was even more surprised by the fact that I was playing the Ondioline with the right hand while I played piano as accompaniment with the left hand. He hadn't thought of it and found it an excellent idea. From that day on, he hired me as a demonstrator of the Ondioline in fairs all over Europe, thanks to which he was able to sell his instrument (which he built himself by hand one by one!).
The same year, Charles Trenet asked me to play the Ondioline for one of his songs "L'âme des poètes" because he wanted to use new sounds that had never been heard before. I was quite nervous at the recording session because I didn't know exactly what kind of music he wanted me to play. When he arrived and I asked him, he only said: "Just play something" ! Apparently he was happy with the result because he asked me to come on tour with him.

ASTRONAUTA - How did you meet Robert Moog and Gershon Kingsley? And how about your younger partners like Luke Vibert and Dana Countryman (also author of "Passport to the Future", Jean Jacques Perrey's biography), how did you meet them and came to work with them? 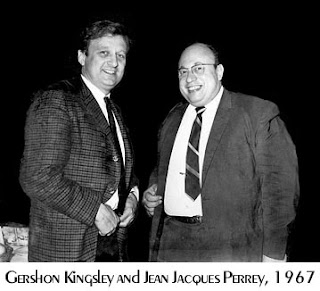 JEAN JACQUES PERREY - The originality of the sounds of the Ondioline created much interest among artists of that time, and this is how I met Charles Trenet, but also Edith Piaf and Jean Cocteau. It is thanks to them that I was able to go the USA in 1960, invited by a sponsor – Carroll Bratman - who was interested in selling the Ondioline in the USA.
Carroll had a music instrument renting company and also owned recording studios in New York where many stars and musicians came to work. Carroll had set up a special recording studio for me, and very often he told the people who came to his studio to go and meet this "crazy Frenchman with his incredible new sounds". This is how I met Robert Moog and Gershon Kingsley. 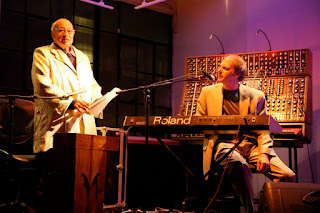 Dana Countryman owned and wrote in a monthly electronic music magazine. He interviewed me several times and we were often in touch to discuss music. I discovered that we agreed on many things, and, little by little, the idea of making a CD together made its way into our minds.
As for Luke Vibert, it is by chance that we met at a festival in London where both of us were performing. We talked and exchanged ideas, and rapidly decided to create something together.

ASTRONAUTA - I see you as one of the inventors of techniques of sampling and audio editing (or at least one of the first artists to use it in the popular music, especially on your albums with Gershon Kingsley). You did it at least 30, 40 years before the advent of modern tools and software that are now available to everyone. Can you tell us a little about it and if the work of composer Pierre Schaeffer (the main name of "musique concrète") had an influence on yours? 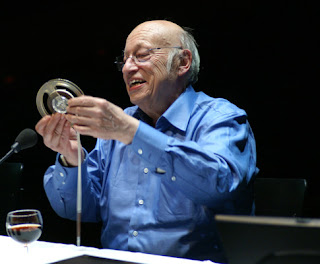 JEAN JACQUES PERREY - I met Pierre Schaeffer in 1959. He did "serious music". I asked him if he thought one could use the sampling technique for popular music. He didn't think so, but I was convinced of the contrary and that is why I started to splice tape to create loops.
It was very long work at that time (it took me about 70 hours to do the bees in "The flight of the Bumblebee"), since I cut tiny bits of recorded tape and glued them together to create a succession of sounds that could be used as recurrent rhythm – even a short melody – in a song.

ASTRONAUTA - In the late '90s, the DJ and musician Fatboy Slim released a remix of your song "EVA" that was played all around the world and made many young people who had never heard of your work listen to - and dance to - your music for the first time. What do you think about new artists that mention you as an influence and use parts of your songs as samples or even remix your music? Did you sampled other artists in the 60's or did you created all your own "samples"? 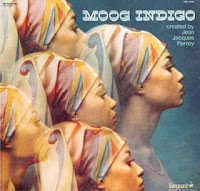 JEAN JACQUES PERREY - I created all my own samples.
I am very honored that younger musicians sample or remix my music (as long as they credit my name properly!). I find it is a proof of recognition that what I did was worth doing and I'm grateful to them for keeping my music alive like that.

Thank you for your message ! Please give my love to all my friends from wonderful Brazil.
With my warmest regards to you.
Jean-Jacques Perrey, March 3, 2012

You can find more infos about Dana Countryman's book, "Passport to the Future: the amazing life of electronic music and pop music pioneer Jean Jacques Perrey" on Dana's website! 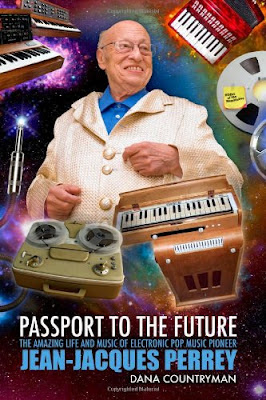 Another photo of Jean Jacques Perrey and his daughter Patricia Leroy: 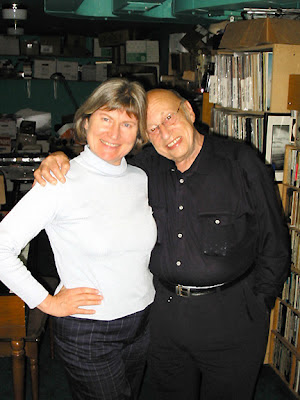 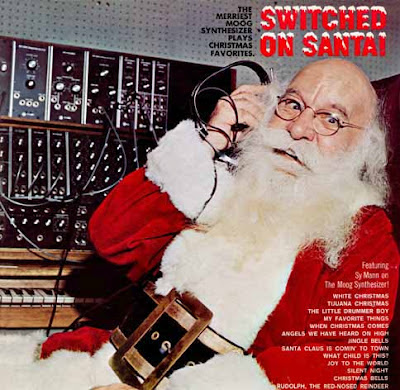