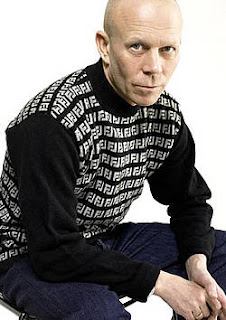 Genius. I can't find another word to describe Vince Clarke. Born on july 3, 1960 in South Woodfort and raised in Basildon, Essex, Vincent John Martin studied violin and piano in his childhood. In the late '70s Vince and his schoolmate Andrew Fletcher formed a band called "No Romance in China", their first band together. "No Romance in China" was reformed and renamed "French Look" in 1979. In 1980 another band was born, "Composition of Sound", in which Vince provided vocals until David Grahan joined the band that was renamed again as "Depeche Mode" and that's it, DM recorded one of the greatest albums of all time ("Speak & Spell", 1981, almost composed entirely by Clake), became one of the greatest bands the world and it was the beginning of the Synthpop era! 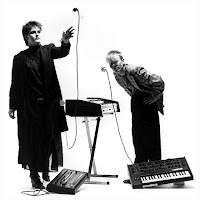 Vince left "Depeche Mode" soon after the release of their first album and formed "Yazoo", a duo with Alyson Moyet and recorded many successful singles and two albums. In 1983 Vince and Alyson split "Yazoo" and Vince formed "The Assembly", a duo with Eric Radcliffe that had different collaborators in their singles. In the same year Vince started his career as a producer in his own label, Reset Records, producing four singles to his ex-bandmate Robert Marlow (from "French Look"). 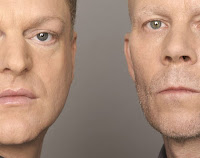 In early 1985 Vince put an ad in a magazine (Melody Maker) searching for a vocalist and one of the applicants was Andy Bell. One of the major selling acts in the world was born: Erasure!
Like almost everybody who has more that has 30 years or more today, both "Depeche Mode" and "Erasure" were part of my childhood and teenage days (I remember clearly when I heard "Blue Savannah" on the radio for the first time! And I also had a schoolmate called Rafael Collete - he died in an bike accident on a new eve's day, in the late '90s - who was simply crazy about "Depeche Mode"!). Vince Clarke became not only my superhero but also the guy who I mention everytime when some people bother me talking against my choice for vintage/analog synthesizers. As I use to say, if a genius like Vince Clarke still has (and uses) a lot of vintage/analog gear, no one in the world can convince me that any modern synth or gear is better than my old Minimoog and other stuff!
I found Vince's contact on twitter and I asked him to do this interview via his manager, Michael Pagnotta. Both these guys were very gentle and answered my emails very soon! I thank them so much for this interview and friendship! 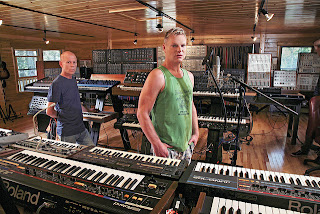 ASTRONAUTA - Vince, I watched a video on youtube in which the interviewer asked you if you're a "synthesizers hunter" and you told him that you're not anymore but you was one in the past. When was your most obsessed period in the hunt for analog equipment? Is there any equipment of your dreams that you do not have yet? And what are your preferred instruments and/or the ones you use most nowadays?

VINCE - I think I seriously started collecting synths in the early 90's. And then, having run out of space, I stopped. I realized, the only keyboards worth owning were the one's that would be useful to my music making process, and that is still true today. I try to incorporate as many different synths as possible into my music, rather than favor one particular keyboard over another.

ASTRONAUTA - In the first albums recorded by you, especially on Depeche Mode's "Speak & Spell" you used only analog synthesizers (not ONLY by your choice but also because the digital technology was just emerging in the music world). How was the recording process on that time, how did you synchonized your equipment, especially those that were made by different manufacturers?

VINCE - The early Depeche stuff was recorded onto a 16 track Studer machine. Lot's of tracks had to be bounced together, decisions had to be made there and then. The engineer, Eric Radcliffe, devised a way of recording a rudimentary click track onto track 16 which enabled us to run an Arp sequencer in sync.

ASTRONAUTA - In some tours (especially on the Erasure's 1991/1992 tour, in which you had a "tank" with multiple keyboards inside), you traveled with many analog keyboards. How was the maintenance of this analog equipment, did you traveled with an electronic technician specialized in analog instruments to repair your synths on the road or did you (or do you) know how to repair your own instruments?

VINCE - All of the gear was serviced prior to the tour and required very little maintenance over the course of the tour..(just some TLC). My own knowledge of synth repair was, and still is limited. In the case of a breakdown we would usually find an engineer in whatever city we were performing.

ASTRONAUTA - How is your method of composition, do you write a song on the guitar first and then go to synthesizers or do you already compose direct on the analog synths, sequencers and drum machines?

VINCE - The songs are composed on either guitar or piano. That way, we can concentrate purely on the melody and lyrics, and not get distracted by the limitless world of sound sculpture.

ASTRONAUTA - I suppose that you have a lot of solo stuff, demos of several songs that you wrote for your bands and projects. If you have, do you want to release this material someday? And how about a Vince Clarke solo album, can we expect that you release a complete solo album someday?

VINCE - I doubt I'll ever release a solo record. I really get a kick out of 'collaboration'. 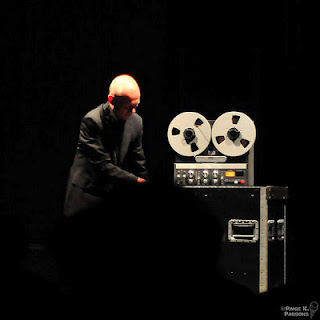