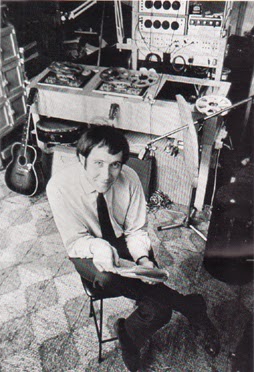 Composer, performer, sound architect, interactive designer, broadcaster, writer and lecturer Ronald Frederick Geesin was born in Stevenston, a town in Ayrshire, Scotland, on December 17th, 1943. Music got into Ron's life in his childhood days, in the form of a chromatic harmonica. By age 15 he discovered the jazz and begun to play the banjo, but soon he moved to the piano - learning the instrument by himself, in an self-taught way, listening to some of the jazz giants on his gramophone. By the age 17, Ron Geesin joined his first professional band, the Original Downtown Syncopators. With the Original Downtown Syncopators, Ron recorded and toured from 1961 to 1965.

In the mid-60s, Ron Geesin discovered the tape recorder as a sound manipulator and an interesting medium for him to express his thoughts and music. In 1966, he recorded 'A Raise Of Eyebrows', his first full-length solo album, recoded entirely by him at his own home-studio, located in his apartment in Notting Hill, London. The album was released in 1967 as the first stereo release from Transatlantic Records. During this time, Ron also created music for films, TV and radio.

In 1970 Ron Geesin was asked to compose and record the soundtrack to 'The Body', a scientific documentary film directed by Roy Battersby. 'Music From The Body' was recorded in collaboration with Pink Floyd's bassist Roger Waters. Also in 1970, Ron was asked to co-compose and arrange the brass, choir and cello parts of 'Atom Heart Mother', the epic suite from the album of the same name, that was Pink Floyd's first number one LP in the UK. Ron recently published a book called 'The Flaming Cow', in which he tells stories and explains his contribution to 'Atom Heart Mother'.

In the early seventies, Ron established one of the first one-man record companies, Headscope, releasing many good solo albums like 'As He Stands' (1973), 'Patruns' (1975), and 'Right Through' (1977), all of those albums recorded at Ron's home-studio. Before that, in 1972, a library album called 'Electrosound' was recorded by Ron - also at his home-studio - and released by the famous library music record company KPM. His most recent release is the album 'RonCycle1: the journey of a melody" and you can buy it - and many more Ron Geesin albums and books, including 'The Flaming Cow' - via Headscope's website: www.headscope.co.uk

I've contacted Ron Geesin via email, through his website. A very gentle man, Ron kindly agreed in answering some questions to this interview. I'm very grateful and hope I have the opportunity to meet him someday! Thank you, Ron! Here's the interview: 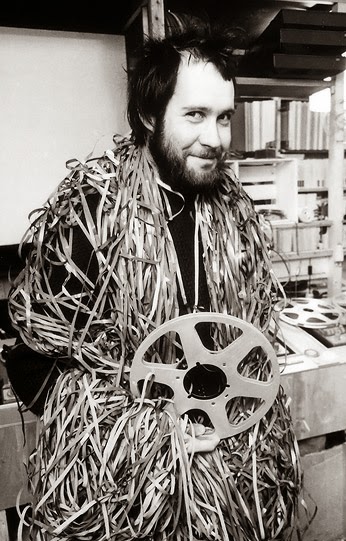 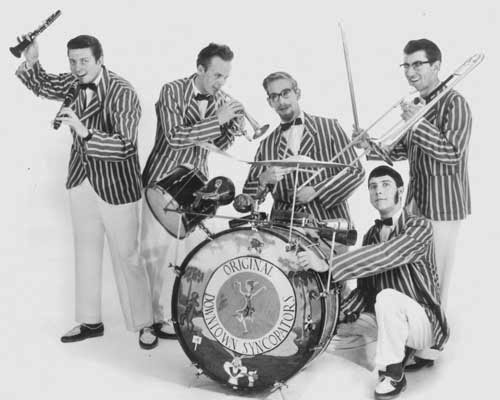 RON GEESIN - I got a chromatic mouthorgan (harmonica) when I was about 10 years old and followed the American exponent Larry Adler in playing everything from Gershwin to Bach. By the age 15, I got more interested in 'traditional' jazz. (There was a revival period in Britain of this music: here, it was called 'Trad'.) So I got a long neck banjo for my 15th birthday, after having made a banjo-shaped instrument out of wood and plywood with the frets made from cut wire and 'sellotaped' on. After following some of the 'Trad' bands in Britain, mainly Chris Barber, I soon discovered where they were getting this music from (what I call 'classical' jazz) and, by age 16, I was collecting reissue records (some 78rpm, some microgroove) of the great Afro-American originators: King Oliver, Louis Armstrong Hot 5 & 7, Jelly Roll Morton Red Hot Peppers, Bessie Smith, Bennie Moten, etc. and continuing to practise the banjo while sitting on the toilet when I should have been revising for school exams! At about 16 1/2 years old, I started teaching myself the piano, playing the blues with three fingers on each hand. Other fingers uncurled until I was playing with 5 on the left hand, but only 4 on the right. At age 17 1/2, I met a jazzband called the Original Downtown Syncopators near my home in Scotland who were touring from the south of England. After one week, I joined it.
So I was a professional pianist after having played the instrument for just one year.

ASTRONAUTA - How and when did you become interested in electronic musical equipment? And when did you build your own studio? What were the very first equipment you had to record and manipulate sounds in your studio?

RON GEESIN - While I was with the Original Downtown Syncopators, I did some arranging for it which meant learning some things about writing music. I was also listening to some classical composers. At age 21, when I was about to leave the band, I crossed over suddenly from posing about in ancient clothes and embracing horn (acoustic) gramophones to embracing the medium of magnetic tape. I think this had being lying latent in me and just suddenly burst out. I could see that this new medium would allow me to 'paint with sound': I had painted in a surreal manner before leaving home at 17 1/2. My 'studio' was simply the main room in our damp basement flat in London's famous, most colourful, area known as Notting Hill. When I wanted to record something through a microphone, my textile designer wife had to stop rustling her tracing paper! My first tape recorder was a (British) Ferrograph, built like a German tank. Then I got another, but these were not very good quality machines. When the Swiss Revox came out, I changed over and soon had three G36.

ASTRONAUTA - In 1967 you released "A Raise Of Eyebrows". How it was created and recorded that album? And what were the techniques you used to record your electronic compositions and soundtracks? 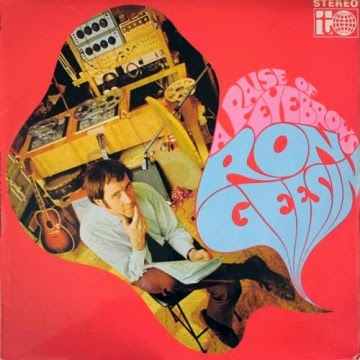 RON GEESIN - The first move was to visualise an idea for each piece/composition. The next move was to work out how to make real ('realise') that visualisation in sound, in the knowledge of what equipment I had or could get; and there was as much improvisation in wiring up the equipment as there was in the more musical pieces. This album was Transatlantic's first stereo one - and I did not even have a stereo mixer. I improvised! Also, I got a switch box made up to start all my Revox tape recorders on one button. This was to record synchronously on more than two tracks: these machines stayed in relative sync for up to 4 minutes. I used: speed-changing on tape; fine editing; backwards playing; feedback using old aeroplane 'throat' (communication) mics (contact mics); noises from radio; just about anything that I could wire up.

ASTRONAUTA - In 1970 you collaborated on the composition and arrangements of Atom Heart Mother, the epic suite that occupies side A of Pink Floyd's album of the same name. That album was a kind of a watershed in Pink Floyd's career, being their first album to reach number 1 in the UK. How do you see that album within your own career and discography?

RON GEESIN - My work for this, composing all the brass, choir and cello on Pink Floyd's backing track, was a piece of good crafting: weaving evocative, teasing and exciting material in and out of a rather plain cloth. I do not consider it as a great composition. I have done much better pieces that have not been heard by many people.

ASTRONAUTA - Your stories about making of "Atom Heart Mother" are told in your book "Flaming Cow", published in 2013. But how about the other collaboration between you and Roger Waters, the soundtrack "Music From The Body", also released in 1970? How it was created and recorded? 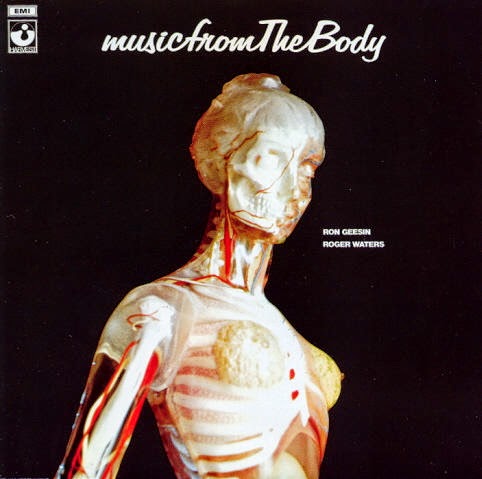 RON GEESIN - "THE Flaming Cow!" For the film 'The Body', I was asked to do the music and also asked if I wrote songs. "Certainly not," I replied, "but I know a man who does." So Roger Waters did the songs and I did the other music and atmospheres. We worked separately through February and March 1970. After 'Atom Heart Mother' was finished, we worked on the EMI album 'Music From The Body'. Roger re-recorded his songs, my pieces were the same as for the film, then we added some new pieces 'Our Song' and ' Body Transport'. It was Roger's idea to cross-mix the sections, rather like going on one journey through the body and discovering many contrasting chambers. 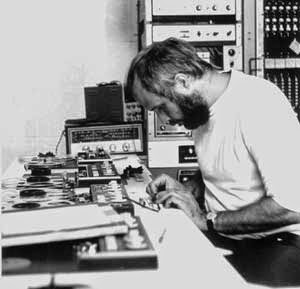 ASTRONAUTA - How did the changes in audio technology affected you and your music, in all those years? Do you still have (and use) some of the equipment you used in the '60s and '70s?

RON GEESIN - Yes, I still have some of the old equipment, but I don't consider that to be important. The IDEA is everything, and can be realised in many different ways. The changes in audio technology, mainly sampling and digital manipulation, have given a wider 'palette' from which to paint my sounds, but they don't choose the IDEA. The main influencing factor through the years has been the need to earn a living while remaining reasonably independent. This has meant working for radio, film and TV, offering me public exposure at the expense of my truer and more radical ideas.

ASTRONAUTA - And how about your recent works? Are you planning or recording a new album? And the next concerts? You should come to São Paulo, it would be nice to have you playing and lecturing here!

RON GEESIN - The last work on CD was 'RonCycle1: the journey of a melody' which was nearly impossible to complete because of its complexity. The next planned one will be 'RonCycle2: the journey of a rhythm' and I have many notes about this, but I have no idea if it will ever be completed. At the moment, through the rest of 2014, I am: composing an octophonic work using only the songs of blackbirds to be performed in a gallery on the South coast of England (the De La Warr Pavilion, Bexhill-on-sea) through October and November, and; finishing a book called "Adjustability: a history and analysis of the adjustable spanner in the UK, 1750-1960'. A concert is unlikely due to osteo-arthritis in my left hand. 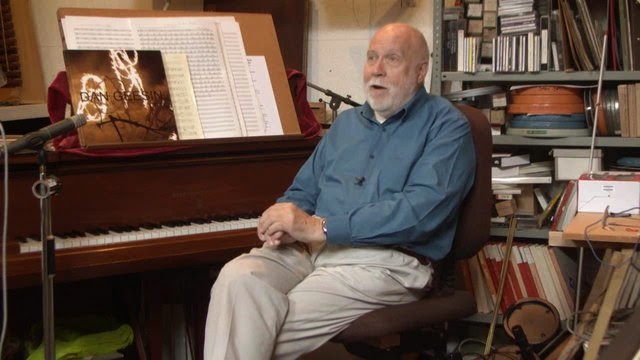 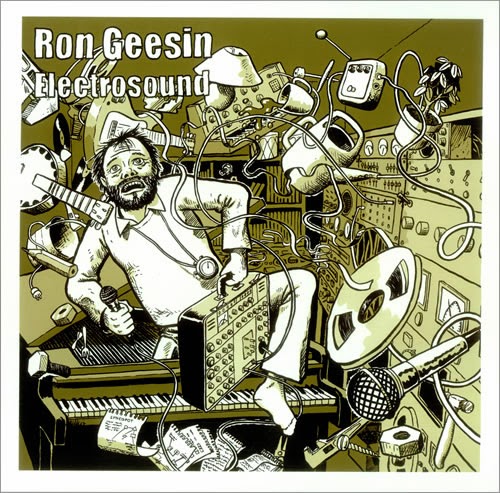 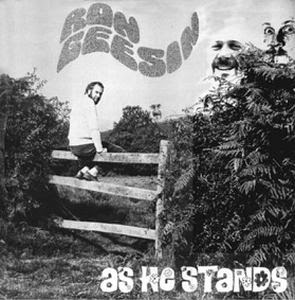 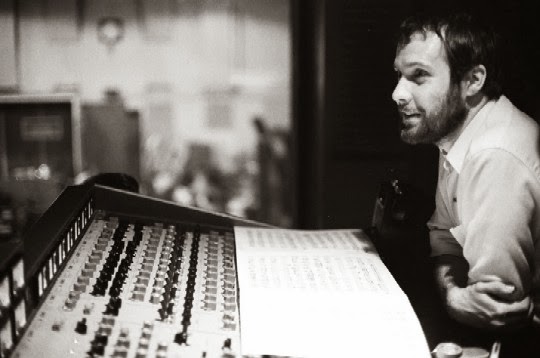 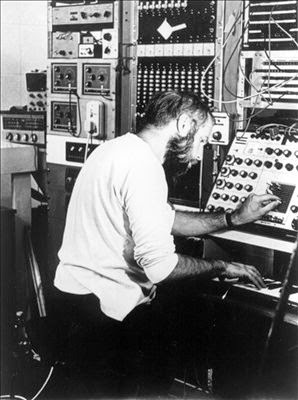 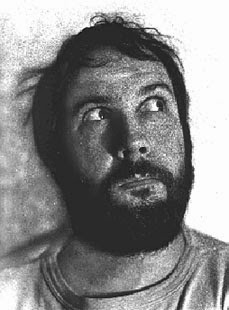 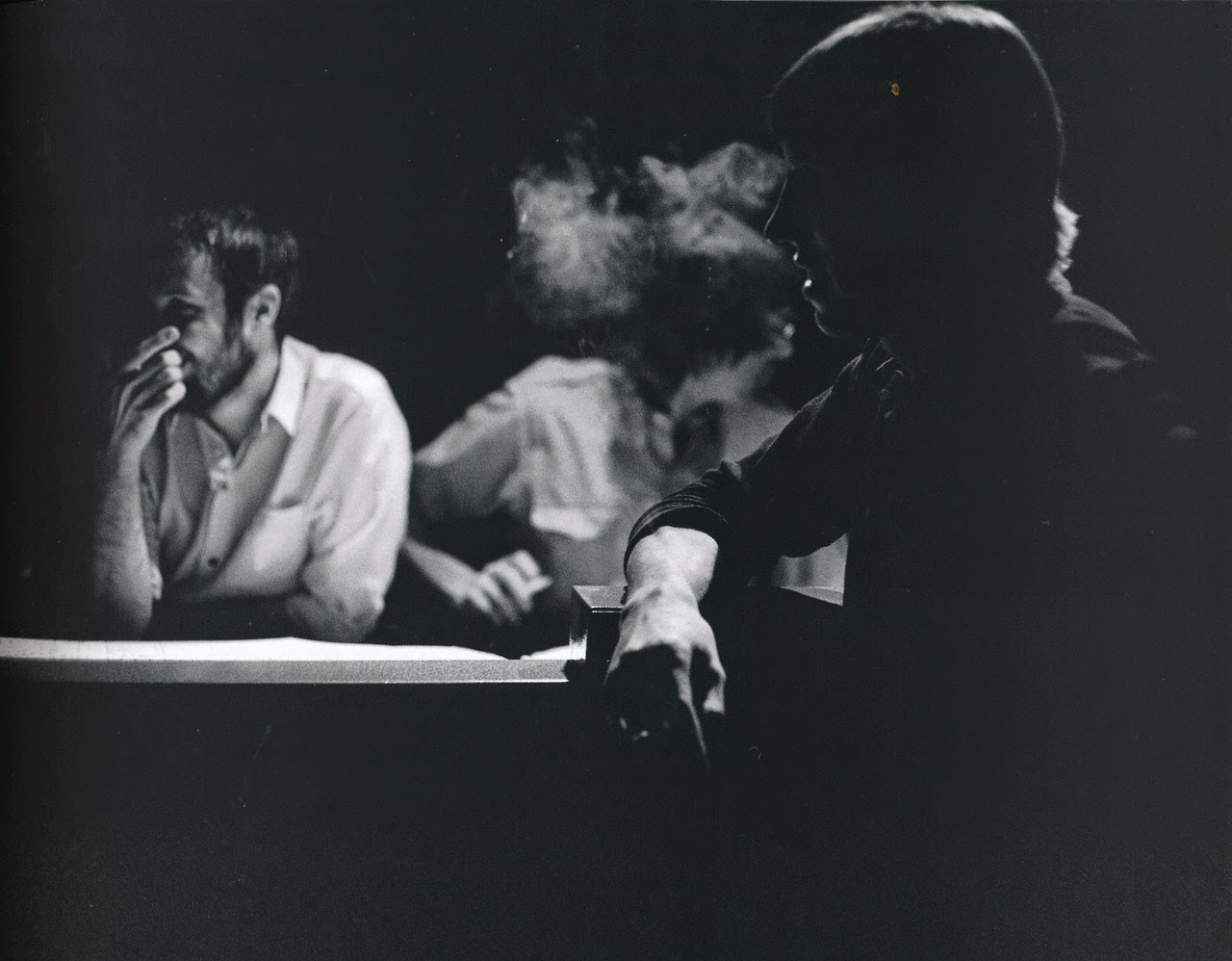 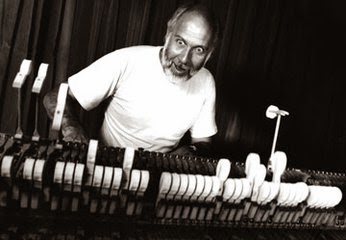