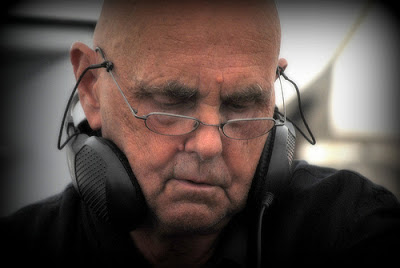 Hans-Joachim Roedelius was born in Berlin on October 26th, 1934. In fact we can say that Roedelius career as an artist began when he was a child and acted in some UFA movies in the late '30s/early '40s but it was only after several different works in different areas (and living in different places all around Europe) that Roedelius began his career as a self-taught musician and recorded albums that changed lifes and artistic/musical thoughts and minds all around the world!

In the late '60s Roedelius, Conrad Schnitzler and Boris Schaak founded the Zodiak Free Arts Lab (the place where a lot of bands were born or made their first concerts, including Tangerine Dream, Ashra Tempel and Agitation Free) and the music commune Human Being (that recorded a live album at the Zodiak in 1968). The birthplace of  Kluster - a trio formed by Conrad Schnitzler, Hans-Joachim Roedelius and Dieter Moebius - was the "Hochschule für Bildenden Künste" and the "Gallery Hammer" in Berlin (end of 1969). Kluster recorded three albums: "Klopfzeichen" (1970) and "Zwei-osterei" (1971) - both produced by Conny Plank - and "Eruption", a live album from their last live performance as Kluster (Conrad Schnitzler left the trio in 1971 to begin a long solo career. Unfortunately Con died on August 4th, 2011).

After Schnitzler's departure from Kluster, the duo Roedelius and Moebius changed the band's name to Cluster (with C instead of K) and recorded "Cluster '71" (1971) and "Cluster II" (1972), both also produced by their longtime collaborator Conny Plank. These albums show the transition from the initial Kluster sound to a more electronic approach that marked the Cluster sound in their third album ("Zuckerzeit", 1974) and also in their new band Harmonia (formed by Roedelius, Moebius and ex-Kraftwerk/ex-Neu! guitarrist Michael Rother). Harmonia recorded four albums between 1973 and 1976: "Muzik von Harmonia" (1974), "Live '74" (released only in 2007), "Deluxe" (1975) and "Tracks and Traces" (with Brian Eno joining the band as a co-composer/musician, "Tracks and Traces" was recorded in 1976 but released only 20 years later, in 1997 and in 2009 again via Grönland Records). 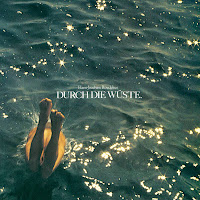 In 1978 Hans-Joachim Roedelius released his first solo album, "Durch die wüste", begining his solo career parallel to Cluster. "Jardin au fou", his second solo album was released in 1979 and his third solo release, "Selbsportrait" (also from 1979) is the first of the "Selbsportrait" (or self portrait, in english) albums, most of them recorded at his home (in the seventies) in Forst, Germany. Since that time Roedelius released more than 40 solo albums (check out his discography in the end of this post, it's amazing!!!) and several albums in collaboration with other artists (including Conrad Schnitzler in 2001).

Cluster disbanded for the first time in 1981 (Moebius also went to a solo career) but reunited again two times more (from 1989 to 1997 and from 2007 to 2010). In 2011 Roedelius formed Qluster with musician Onnen Bock and released three albums with this third Kluster/Cluster/Qluster era ("Fragen", "Rufen" and "Antworten", all from 2011).

All of the albums recorded by Hans-Joachim Roedelius are great and essential to everyone who wants to discover (and rediscover again and again) how far music can go, searching for new horizons and breaking "established" rules! I had the pleasure to contact Roedelius for the first time in 2011 and it's awesome how this man is always gentle and kind when I send him an email. When I asked for this interview I didn't know that he was hospitalized after a surgery in his belly (he mentioned it on the interview but I knew he was fine via his official Facebook page). Well, a man who finds some time to answer an interview when he is in the hospital must be some kind of a special man and deserves all my respect and gratitude!

Thanks mr. Roedelius! Be sure that you'll will be very welcome when we have the chance to bring you to Brazil! And happy birthday, my friend! 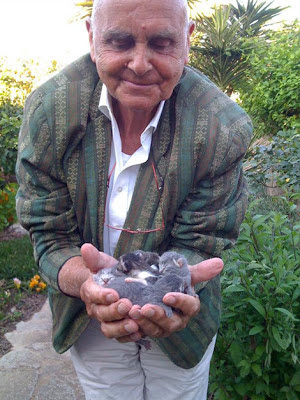 ASTRONAUTA - I read in some of your interviews and articles about your life that you was a child actor in the '30s and '40s, acting in some UFA films. So, I think that it was your first steps in the world of arts, correct? How was this contact with the movies and UFA? And how (and when) did you decide to become a musician?

I first wanted to become a doctor, but because of worldwar II and the troubles in germany afterwards I wasn't able to manage it the classical way I had to go the very practical way first I became a nurse and guider of the dying then a physiotherapist and masseur at the University of Eastberlin the "Charite" but when I moved to Westberlin in 1960 everything changed.

When I'm home from hospital next friday I'll look for my curriculum and send it to you.

(note: Roedelius is already at his home right now and sent me his discography/curriculum. You can check on the end of this interview)

ASTRONAUTA - I contacted Conrad Schnitzler almost at the same time that I contacted you for the first time. It was only three or four months before Schnitzler's death, in 2011. He seemed to be a nice guy (as you are). In 2001 you and Schnitzler released the album "ACON 2000/1", your first (and only) album together after 30 years of the last Kluster album ("Eruption", recorded and released in 1971). How was to play and record with Conrad Schnitzler again after all these years? And did you kept in contact with him in these 30 years between "Eruption" and "ACON 2000/1"?

ROEDELIUS - Conrad was a very good friend even so our reception of the so called reality was somehow extremely divers which was the reason of Kluster's split in 1971. We kept the friendship and Acon I was the result.

ASTRONAUTA - What was your equipment in Kluster, Cluster and Harmonia? Did you and your band mates built some of the equipment you used on concerts and recordings? And Brian Eno, did he brought any kind of equipment or devices when he was in Germany with you and played in Harmonia's album "Tracks and Traces" (1976, released only in 1991), "Cluster & Eno" and Eno Moebius Roedelius' "After the heat" (both recorded in 1977 and released in 77 and 78 respectively)?


ROEDELIUS - We used electric organs, cello, guitar, kneeviola, tonegenerators, echomachines and many mostly selfbuilt little electronic devices in the beginning. Brian when he came to our place brought one of the first synths that existed at the time but nothing else, so he played this synth, guitar, bass and he sang. It was not him who produced that album it were the four of us first with/on a fourtrack tapemachine that Michael Rother provided. About 20 years later I with the help of austrian friends I worked on parts of that material and 1997 the first edition as "Harmonia 76 tracks & traces" came out via Rykodisc USA and Sony Germany but without great public interest. Groenland Records took care of a second edition with 3 bonustracks.


Cluster & Eno and After the Heat were / are productions of Conni Plank, not Brian Eno!


ASTRONAUTA - You influenced a lot of musicians all around the world and your music is still a great influence to the new generations. And (thanks!) you're one of the most prolific artists, with more than 100 records released. How do you see your career and what are your further steps in arts? Any possibility of a reunion with Dieter Moebius again? And any possibility of another Silver Qluster (your concert with Simeon Coxe III from The Silver Apples that happened in the USA in 2011?

ROEDELIUS - I was and still am rather busy working with artist from all over the globe as well as continously with Qlustermember Onnen Bock. There's none reason to revitalize Cluster at all for me. With Simeon it might be possible to collaborate again. Its all about budgets.

ASTRONAUTA - You're the director and producer from a festival in Lunz (Austria) called "More ohr Less". Can you tell us a little about this festival (it's not easy to find informations about "More ohr less" in english...)?

There's a new facebook site (http://www.facebook.com/MoreOhrLess) about more ohr less and videomaterial at Youtube : go there to : moreohrless (http://www.youtube.com/moreohrless).

ASTRONAUTA - One last question... And how about working with producer and engineer Conny Plank?

ROEDELIUS - As for the relationship with Conni Plank:
Without his creative input as a friend and artist as well as producer Cluster wouldn't have got its status and fame.
We became friends with him from the first moment on when he worked with us as sounding on "Klopfzeichen" and "Klusterzwei" (zwei-osterei). He sponsored us we lived in his flat in Hamburg he was a big treasure.
Not to forget:
Without his input neither Kraftwerk nor Neu nor many other groups in the first row of german respectively european contemporary  music would have been able to are what they became.

Thanks so much dear Astronauta for your interest and appreciation

ASTRONAUTA - Thank you so much, Mr. Roedelius!


Check out Roedelius' discography/curriculum (text in German only):