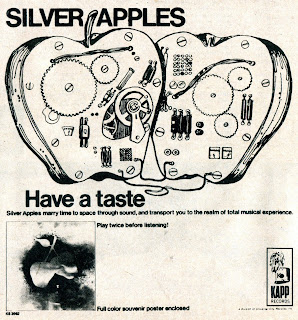 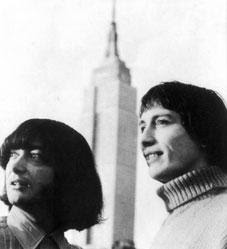 In 1967 Simeon Coxe lll and Danny Taylor formed one of the most odd and innovative bands in the history of mankind: Silver Apples. In only two albums - "Silver Apples" from 1968, and "Contact" from 1969 - they created a musical language that we can only call “modern”, given to the fresh feeling of their sound. The duo also recorded a third album but several facts didn't allow its release at the time and the duo ended up taking a dissolution in 1970. Each went its own way until 1996, when Simeon decided to reformulate the Silver Apples, first recording new material (the 7’ single "Fractal Flow") and subsequently returning to the live performances. 1998 marks the release of "The Garden" (the famous third album, originally recorded in 1970) and also the return of Danny Taylor as the Silver Apples’ drummer. In 2005, Danny sadly died. Simeon continues with the Silver Apples, making more and more shows, especially attending big festivals around the world! 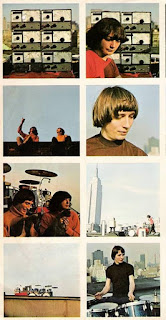 I've first heard Silver Apples some 15 years ago, more or less, as I remember and, since then, the Silver Apples has been one of the greatest inspirations for the music I play. I really like the simplicity of their music and the sonic textures created by Simeon's oscillators (and his brilliant brain). Three years ago I had the pleasure of contacting Simeon (and Ron Fenhagen, his manager) for the first time and, since then, we have spoken by email and I kept trying to book them for shows in Brazil. At the end of last year I was talking with Gutie, producer of Festival Rec Beat (in Recife) about possibilities to book Silver Apples in Rec Beat and that’s it, it worked fine, we'll have Silver Apples in Brazil! The shows will be next February (the full tour dates I will post here soon). I sent an email with five questions to Simeon and he answered quickly and with all the sympathy and affection he has always shown. It's nice to see that some of the greatest genius are also simple and nice people!


ASTRONAUTA - Simeon, you recently played some shows with Hans-Joachim Roedelius (from the bands Kluster, Cluster and Harmonia), in a project called Silver Cluster. I'd like to know how this contact between you and mr. Roedelius happened and if, at the time of Cluster (only a few years after the Silver Apples have recorded their first two albums) you and Danny Taylor knew about the German electronic music scene (and composer Karlheinz Stockhausen's experiences and researches) and about what later came to be called "krautrock"?

SIMEON - Neither Danny nor I became aware of the Krautrock phenomenon until after Silver Apples disbanded and we went separate ways. Our influences were American (rhythm and blues, soul, rock). The show with Roedelius was the brainstorm of Geoff Barrow of Portishead. Portishead were curating the All Tomorrows Parties festival and chose musicians that turned them on. Portishead invited me to perform "We Carry On" with them as the final song of the festival (vimeo.com/30698090) and it was a blast!

ASTRONAUTA - There is a recording of Silver Apples with Jimi Hendrix (released on the album "Selections from the early sessions", 2008). I read that this meeting took place at intervals of recordings of you and him. At some point there was a possibility of meeting again? You kept the contact with Hendrix after this record?

SIMEON - Yes, for several weeks while we were both using the same recording studio we would see each other almost daily. We talked of having Danny add drums to the track, but we just never seemed to get to it. Danny was not really sure what his contribution could be, given the almost a-rhythmical nature of the piece.

ASTRONAUTA - By 1967 the synthesizer (especially the MOOG) was emerging in the market and starting to become popular. In the following year Walter Carlos released his album "Switched-on Bach." At the time, did you and Danny knew about that? At some point, did you come to think about using a synthesizer in your set of oscillators?

SIMEON - In 1969 a friend of ours bought one of the early Moogs and invited us over to see it. We messed with it for a while but it seemed a bit cumbersome with all the patches that had to be made, etc., and it was WAY expensive. We were fast getting the reputation of having built/assembled our own gear so we never used used a "store-bought" one.

ASTRONAUTA - I realize that the music created by you and Danny was far ahead from its time, especially by the fact that in the period that you recorded the first two albums, there was an emerging musical movement (progressive rock) in which the amount of notes and scales were primary factors to music happen. Silver Apples were much more attached to a minimalist music. This was something intentional or just happened spontaneously?

SIMEON - It was spontaneous. We were not musicology people, we didn't know minimal from maximal, we just felt more emotionally attached to the simpler approach to music and played what we felt inside. I never thought that the "progressive" approach with dazzling note combinations and complex chords had any FEELING to it - it was all show-biz.

SIMEON - Not all of them. In 1979 some of them were destroyed in a hurricane that flooded Mobile, Alabama where they were stored. But I still have some of them, and have been able to find replacements on the internet for others. 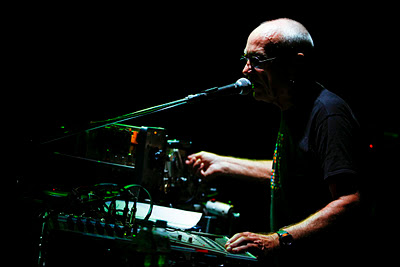 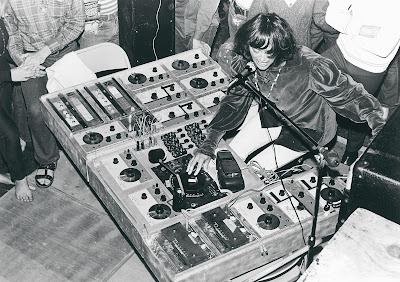 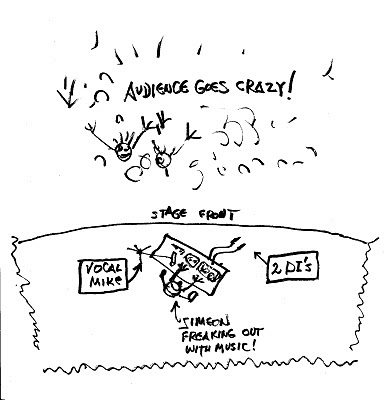 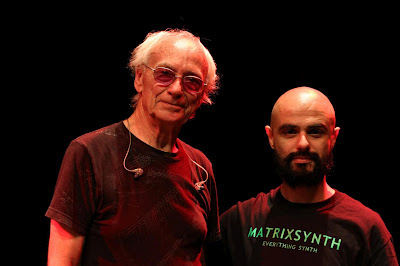