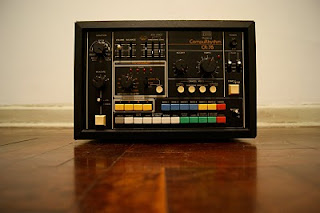 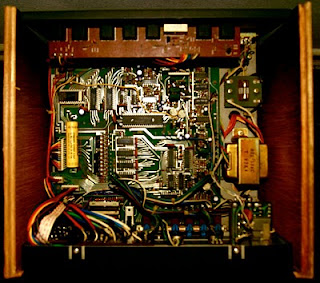 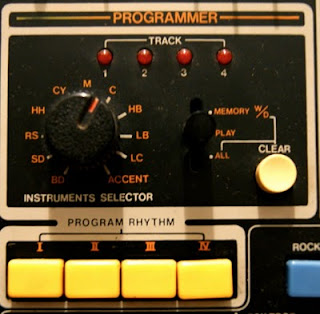 The drum machine Roland CompuRhythm CR-78 appeared in 1978 and stopped being manufactured in 1981. It was the first drum machine of the company that used Intel microprocessors, allowing digital control of certain functions. The main difference of the CR-78 to the previous drum machines made by Roland (and Ace Tone, the company that gave rise to Roland) is that it not only offers preset rhythms but also allows programming new rhythms (through the WS-1, a device sold as optional at the time and now very rare). At the same time, Roland put on the market the CR-68 (the difference was basically that CR-68 do not have this possibility of programming rhythms).

This drum machine has a total of 34 (different presets divided in two banks, A and B) which can be added to each other. One nice feature of this instrument is that if you press a button to change or cancel one preset, the rhythm will wait until the next bar to make this change. This is also true for the drum rolls (fill-ins) when the switch is in manual mode. Very useful and versatile for those who use the CR-78 in real time! 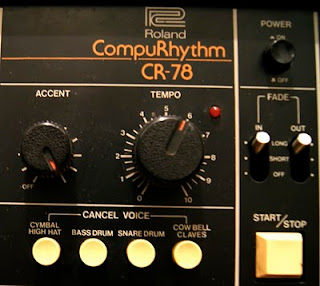 On the front panel, buttons and sliders allow the user to cancel voices (cymbal/hi-hat, bass drum, snare drum and cowbell/claves) and also to increase or decrease the volumes of the "tambourine" and "guiro", add "ring modulation" (named "metallic beat " here), alter the balance between bass and treble and choose the fade-in and fade-out of song to be long, short or nonexistent. There is no digital control for the time, just a simple knob but the CR-78 accepts external clock for timing. A light indicates the strong beat of the bar (when it is operating with the external clock, both the light and the time knob do not work).

Some artists who used this model in their recordings were: Phil Collins (on the song "In the air tonight"), Blondie (in the introduction of "Heart of Glass"), Roxy Music ("Same Old Scene"), Ultravox (with some modifications made by Warren Cann and used in the hit "Vienna"), the Glove (the side project of The Cure's band leader Robert Smith and Steve Severin of Siouxsie and the Banshees, in their sole album, Blue Sunshine, 1983) Hall & Oates ("No can do", "Private Eyes" and "Kiss on My List", among others), OMD ("Enola Gay"), Grace Jones (in her version of "La vie en rose"), Annie Lennox ("No more I love you"), John Foxx (a CR-78 was used throughout the album "Metamatic", 1980) and Gary Numan (on the album "Telekon", also from 1980). In the booklet of Fatboy Slim's "You' ve come a long way, baby" (1998) a CR-78 appears among many other cool equipments. 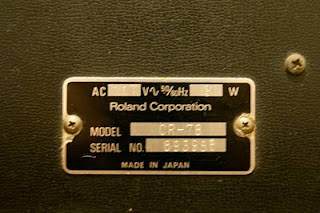 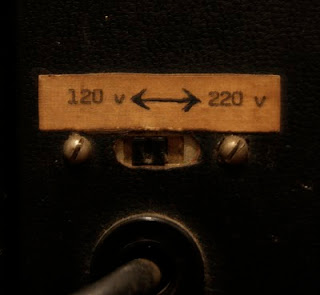 I bought my Roland CR-78 in the second half of 2006. Some years before Fernando Bohrer - an ex-band mate of my friend Felipe Messa (from Pupilas Dilatadas, the brazilian punk rock legendary band) - had commented that there was an old Roland drum machine in a studio in Porto Alegre and probably it had never left the studio because it was in very good condition. I remembered this conversation and I phoned him asking to send the drum machine to São Paulo, when Felipe Messa would come to town. He brought it to me and when I opened the box I could hardly believe when I saw that my CR-78 was just like new, only missing the caps of some sliders. But the biggest surprise was that Fernando Bohrer had kept the original manual and sent it with the drum machine! The only change made in that drum machine was the addition of a voltage selector switch on the back. The serial number of my CR-78 is 893988. 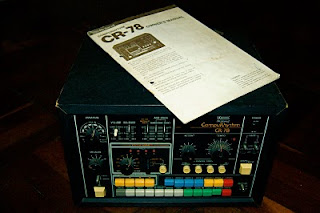 Here are some videos of bands and artists I've mentioned above:

Phil Collins "In the air tonight"


Phil Collins showing the CR-78 and playing the intro drum rolls of his song "Hand in hand" (from the album Face Value, 1981)


Ultravox (with Midge Ure) "Vienna" on Top of the pops, 1981. Warren Cann using his modified (and transparent, shaped into an acrylic box) CR-78!!!

This one is an original ad of the time, I found on the Internet: 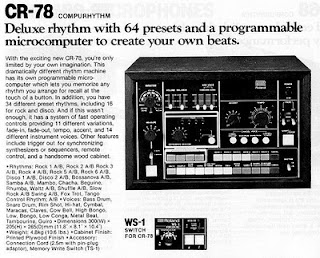